Petiti­oners want court to look into issuan­ce of these docume­nts and jobs on their basis
By Nasir Butt
Published: June 13, 2019
Tweet Email 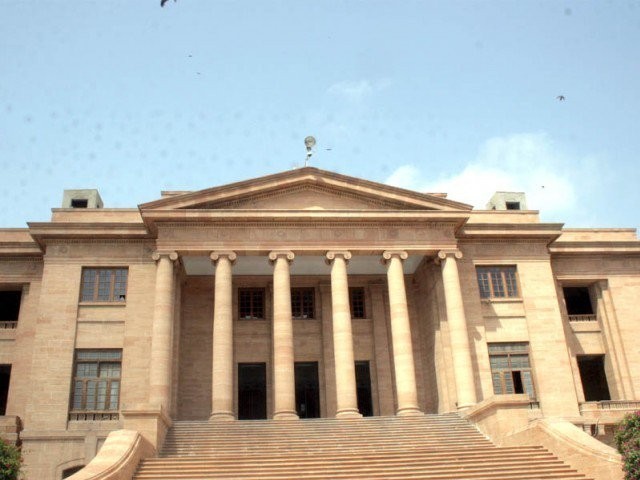 KARACHI: The Sindh High Court (SHC) gave on Wednesday more time to the Karachi commissioner and deputy commissioners of district East, Malir and Korangi to submit their replies on a plea filed by Khuwaja Izharul Hassan of Muttahida Qaumi Movement-Pakistan (MQM) regarding the issuance of domicile.

The MQM leader Khuwaja Izharul Hassan and other petitioners have maintained in their pleas that fake domicile certificates and PRCs are being issued by the relevant authorities against a payment of Rs2,000 per document. Holding the Sindh chief minister (CM) directly responsible for it, the petitioners requested the court to also seek an explanation from the CM in this regard.

This unfair is going on since 2008 and the authorities while issuing PRCs and documents do not bother even to check permanent address on the computerized national identity cards of the relevant persons. This has deprived the residents of Karachi of their rights and claim on government jobs, petitioners maintained while requesting the court to order the constitution of committee to look into the malpractices relating to the issuance of PRCs and domicile certificates.

Dr Arif Alvi submitted the reply in Sindh High Court on a plea challenging his election as the President of Pakistan. The case was heared by the same two-member bench. Dr Arif Alvi in his reply submitted that the plea filed against him was baseless and contrary to the facts. The petitioner has distorted the facts therefore the plea filed against him should be dismissed as not maintainable. “I reject the allegations imposed on me. It should also be rejected by the court while charging fine on the petitioner,” said Dr Alvi in his reply.

According to petitioner, Dr Alvi mentioned himself as the trustee of ‘Alvia Tablighi Trust’ and in the bank statement of Salt Bank on Hawkes Bay.  He gave false statements thrice in the affidavit on the plea under trial in the court and got a decision in his favour by submitting fake documents in the case 1810 acres of land. The court should pass the order to declare Arif Alvi ineligible for the office of the president, prayed the petitioner.

A group of lawyers calling itself as Lawyers Action Committee has filed an application with chief justice of the Sindh High Court, Justice Ahmed Ali Shaikh to ensure security arrangements in view of strike of lawyers on June 14

The Supreme Court Bar Association (SCBA) and Pakistan Bar Council (PBC) have given call for strike on June 14 to protest the references filed against the two judges of the Supreme Court.

The action committee in its plea said there was a risk that entry points to courts premises would be closed on June 14. Most of the lawyers who had dissociated themselves from the strike would want to appear in the courts on the day.

Fearing some violence on strike day, they requested the chief justice to not only ensure security arrangement but to stop striking lawyers from blocking the entrances to courts on June 14.