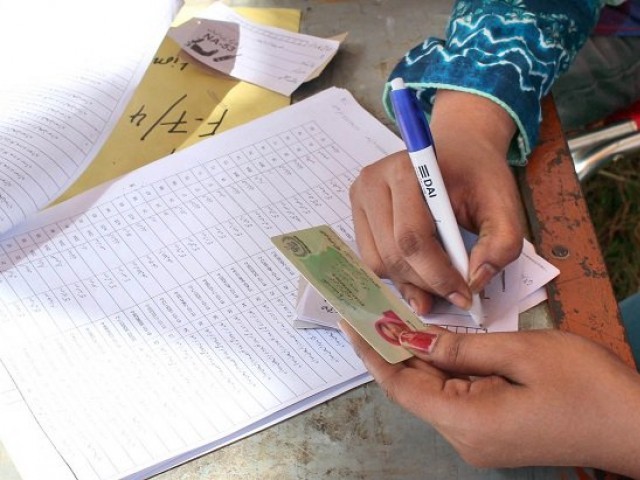 ISLAMABAD: Voting rights for overseas Pakistanis remain a debate in Pakistan, however, two days ago, people of Kazakhstan living here voted in the country’s most important presidential elections after Nursultan Nazarbayev stepped down after staying in the office for 30 years.

Ambassador of Kazakhstan Barlybay Sadykov briefed the media about the outcome of the recently held presidential election.

He said two days ago people of Kazakhstan elected their new president, who was to lead and run the country for the next five years.

“As you know, the elections held resulted from resigning in March of 2019 by the Leader of the Nation and First President of Kazakhstan Nursultan Nazarbayev from the presidential office after staying in power for almost 30 years,” Sadykov said.

The ambassador said Embassy of Kazakhstan was mobilised for providing an opportunity to Kazakh citizens abroad to exercise their constitutional right to vote.

An electoral district was set up under the roof of the embassy, where Kazakh citizens residing in Pakistan on a permanent or temporarily basis came and took part in the voting.

Sadykov said Kazakhstan, which is largely a president-dominated country, has never experienced to be under the rule of a president apart of Nursultan Nazarbayev. This is what made the presidential elections of June 9 to be a historical and truly unique occasion indeed.

Once the presidential elections were announced in May the President of Kazakhstan Mr. Kassym-Jomart clearly articulated publicly on his strong commitment to guarantee them to be fair and fully transparent.

This statement sent both to domestic and external audience a very important message that Kazakhstan is a sufficiently mature democratic state to ensure transition of supreme political power in line with international democratic norms.

Substantial number of foreign observers and representatives had been accredited for monitoring the contest. There were seven candidates, who represented various stratums of the Kazakhstani society and political parties existing the country.

He said for the first time in political history of Kazakhstan a female candidate from Ak Zhol Party, Ms. Daniya Yespayeva took part in election.

Her bid to be elected as president was a manifestation of genuine gender equality in Kazakhstan and of the progress our country has made in extending significantly the volume of women participation in a political life of Kazakhstan.

He said number of eligible voters in Kazakhstan originally counted 11,947,955 citizens and 77.4% out of them voted what demonstrated the high degree of attention people paid on elections.

As for Kazakhstanis staying overseas, election process for them was organised in electoral posts, established under 51 diplomatic missions of Kazakhstan abroad, where almost 15,000 citizens were able to come and vote.

“Apart of the embassy’s personnel and their family members, who voted here in Islamabad, our colleagues from the Embassy of Kazakhstan to Afghanistan arrived here from Kabul to vote and covered costs of the journey from their own expense.”

Among voters were also citizens of Kazakhstan, who permanently reside in Pakistan or study here. Totally 44 people attended our electoral precinct and majority of them voted for Kassym-Jomart Tokayev.