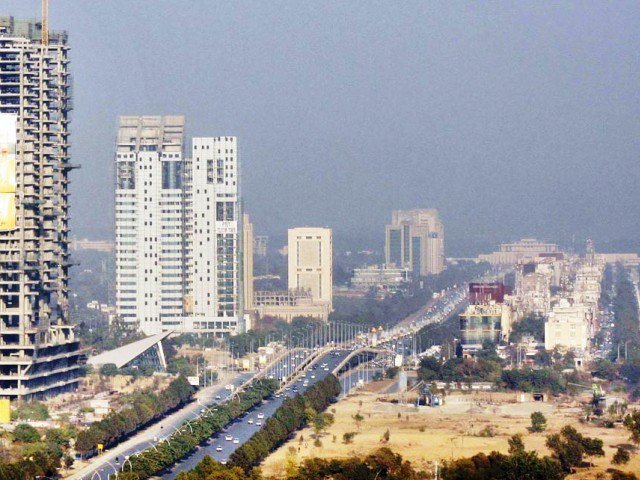 ISLAMABAD: The federal government has earmarked Rs9.264 billion in estimated expenditures for the federal capital for the fiscal year 2019-20, as it laid out a litany of development projects for the city including completion of road projects, construction of water treatment plants, a tourism facilitation centre and a model prison among others.

According to the budget documents, the federal government has set aside Rs9.848 billion for the Interior Division under the Public Sector Development Programme (PSDP).

Of the 51 ongoing and 14 new projects, the government has allocated Rs400 million for the construction of the model prison in Sector H-16 of Islamabad. The Executive Committee of the National Economic Council (ECNEC) in July 2016 had approved construction of the jail at Sector H-16 at an estimated cost of Rs3.928 billion. Expenditure on it up to June 30, 2017, stood at Rs1 billion. The throw-forward (remaining requirement) as on July 1, 2017, stood at Rs2.928 billion. For FY 2018-19, the government had allocated Rs700 million for it in the PSDP.

The government has allocated a further Rs32 million for the conservation and development of rainwater resources in the Islamabad Capital Territory (ICT).  A further Rs23 million have been allocated for security measures at the Parliament House.

Capital’s mayor hits back at accusers

Further, the budget document said that Rs425 million were allocated for new projects, including the construction and expansion of the signal-free Islamabad Expressway from Koral to Rawat into five-lanes a side. Though this project dates back to the previous Pakistan Muslim League-Nawaz (PML-N), it has been included among the 14 new projects for the interior division for the next fiscal year.

Another Rs425 million each have been allocated for building water treatment plants on the Korang River and at Rawal Lake. The government has also allocated Rs25 million for the construction of a service road and drainage system in Sohan have been recommended.

For the second phase of the Land Revenue Record Management System — which will digitize the land records in the rural parts of the federal capital — the government has set aside Rs77.5 million.

Another Rs150 million were earmarked for the construction and repair of footpaths and walkways in the federal capital.

The government has also allocated Rs289.993 million for model police stations and police reforms in Islamabad and Rs29 million for constructing a tehsil office in Sector G-11/4.

To boost the capital’s tourism potential, Rs160 million have been earmarked for the promotion and marketing of tourist points. A tourism facilitation centre, ‘Aiwan-e-Sayahat’, will also be established in Sector F-5/1. For this purpose, Rs40 million have been allocated to conduct a feasibility study.

For the construction of new secretariat blocks along Constitution Avenue and an office building of the National Accountability Bureau, Rs100 million each have been allocated.

The mosque at the Pakistan Secretariat will be upgraded with Rs103 million allocated for it. For the uplift of Gulshan-e-Jinnah flats located in the heart of the capital, Rs25 million have been allocated.

For the construction of 48 family suites in Islamabad, Rs10 million have been earmarked to acquire land for the project which has a total estimated cost of Rs289.8 million. Additional family suites for the members of Parliament will be constructed, including 500 servant quarters, in Sector G-5/2 with Rs50 million allocated for the fiscal year 2019-20.

The Diplomatic Enclave in the Red Zone of the federal capital will get an administration block, quarter guard, barracks, horse stable and a parade ground for a total cost of Rs406 million, of which Rs50 million have been allocated for this fiscal year.