Capital's mayor hits back at accusers

Capital's mayor hits back at accusers 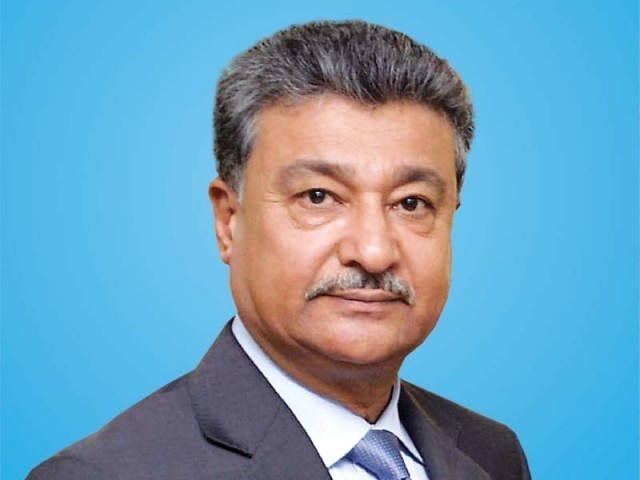 Aziz responds to allegations levelled against him by PM’s special assistant. PHOTO: FILE

ISLAMABAD: A day after the PM’s special assistant on the affairs of the federal capital’s apex civic authority opened a can of worms about the problems in the city’s municipal setup, the mayor hit back questioning the advice offered by the special assistant to the prime minister and the government’s inability to overcome the main problem in improving civic management of the city.

In a news conference of his own at the Mayor’s office on Tuesday, Islamabad Metropolitan Corporation (IMC) Mayor Sheikh Anser Aziz accused the Special Assistant to the Prime Minister on Capital Development Authority Affairs Ali Nawaz Awan and the Pakistan Tehreek-e-Insaf (PTI) led government of incompetence.

Flanked by deputy mayors, Aziz claimed that the incumbent government was only using face-saving tactics by claiming credit for projects which had been approved by the previous Pakistan Muslim League-Nawaz (PML-N) government.

In other cases, he said that their incompetence was exposed when the government halted work on the signal-free corridor on the Expressway.

Aziz, who held the additional charge of the Capital Development Authority (CDA) chairman for around a year and a half before being ousted from the post through a court order,  claimed that he had documentary proof that the CDA had conducted an auction worth Rs11 billion in the city during the tenure of the previous government. Hence, the government claims regarding record returns for the recently-held auction of residential and commercial plots in the city were incorrect.

The mayor refuted suggestions from Awan and PTI MNA from Islamabad Raja Khurram Nawaz that the IMC had sufficient funds but were reluctant to use them.

Aziz, instead, contended that the federal the government had blocked funds worth Rs14 billion for the metropolitan corporation which was approved by the previous PML-N government.

Pointing fingers at the lethargic and uncooperative bureaucracy, Aziz said that the elected representatives of the city were never accepted by this powerful group of civil servants. He added that Awan, who had served as the leader of the opposition in the IMC prior to being elected on the national assembly seat vacated by PM Imran after the July 2018 general elections, was in the government and that he should use his position and power to resolve issues between the IMC and the bureaucracy.

Responding to Awan’s taunt’s about his poor administration with sanitary workers forced to protest lack of salaries for the past five months, Aziz stated that even though around 11,500 employees have been transferred by the CDA to the IMC, they have yet to provide funds to the elected council to pay the salaries of this staff.

“The rules of business of the IMC have been sent to the interior ministry for approval,” he said, as he complained that the rules have yet to be approved.

He stated that the IMC was providing around 70 million gallons of water per day to the city. Moreover, he said that despite having gained control of the water supply system only three years ago, they had worked to increase the number of tube wells in the city from 52 to over 192.

Moreover, he corrected Awan’s information regarding the number of tube-wells which are out of order, noting that 160 of these tube-wells were operational.

“Awan has been spewing lies after lies,” Aziz stated, adding that accusations of purchasing cars from public money were false.

Moreover, Aziz clarified the performance of the IMC over the past three years, noting that they have approved the installation of 22 filtration plants in the city of which 11 have been installed and are functional.

The project concept-I (PC-I) for the Ghazi Barotha pipeline has also been prepared and sent to the relevant quarters. Once funds for the project are released, work on the project will be started.

Further, Aziz said that they worked and used their own resources to restore the Machine Pool Organisation (MPO) wing to handle the operations and maintenance of heavy machinery in the city such as trucks, tankers and bulldozers.

This organization also helped it save money on hiring equipment from private contractors and to carry out work such as carpeting of around 300 kilometres of roads.

Aziz further said that there were around 250 public parks in the capital of which the IMC has provided facilities to 30 parks despite facing a shortage of funds.