Amount is insuff­icient for Rs8tr worth of ongoin­g and new projec­ts that will take 12 years
By Shahbaz Rana
Published: June 11, 2019
Tweet Email 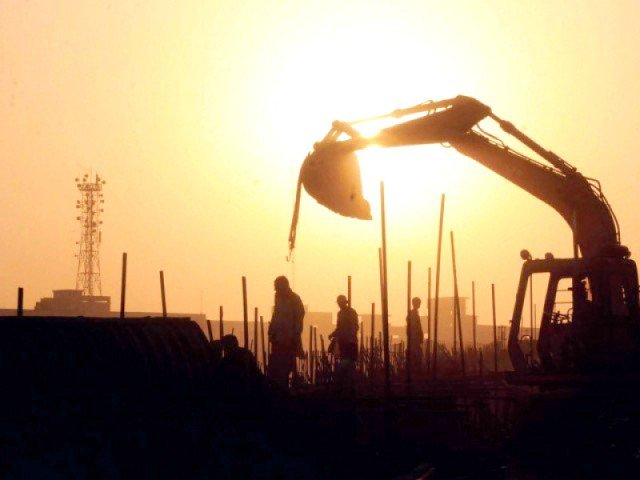 The National Economic Council (NEC) had approved Rs675 billion worth of PSDP but later the government increased its size to Rs701 billion due to a higher share for the erstwhile Federally Administered Tribal Areas (Fata) PHOTO: EXPRESS

ISLAMABAD: The federal government has proposed a Rs701-billion Public Sector Development Programme (PSDP) for the next fiscal year to carry out work on Rs8 trillion worth of projects as it struggles to meet its political ambitions amid shrinking fiscal space.

The allocation of Rs701 billion in the budget for fiscal year 2019-20 means ongoing and new projects will take 12 years for completion, which suggests that the planning ministry has not taken a disciplined approach while preparing the next fiscal year’s development budget.

The total size of next fiscal year’s proposed PSDP has jumped to a record Rs8 trillion after the government included hundreds of new schemes worth Rs1.5 trillion. The total number of schemes has gone up to over 1,007 and their financing requirement is estimated at Rs8 trillion.

The ongoing schemes have been allocated Rs530 billion in the next fiscal year and it includes discretionary spending of Rs124 billion. Effectively, 817 schemes would have Rs406 billion in budgetary allocation, which would adversely affect plans to timely complete these projects.

The proposed PSDP for fiscal year 2019-20 is Rs229 billion or 24.6% less than the outgoing fiscal year’s original development outlay. For this fiscal year, the previous Pakistan Muslim League-Nawaz (PML-N) government had proposed Rs930 billion for development spending, excluding the expenditure planned under the public-private partnership mode.

About 18% of the PSDP will be funded by taking Rs126.7 billion in foreign loans in the next fiscal year.

Nearly 19% of the proposed PSDP will comprise discretionary spending including expenditure of Rs24 billion on schemes recommended by members of parliament.

Out of the Rs701 billion, the share of PSDP administered by the planning ministry will be Rs575 billion. Another Rs250 billion is being planned to be spent outside the budget in the public-private partnership mode.

The National Economic Council (NEC) had approved Rs675 billion worth of PSDP but later the government increased its size to Rs701 billion due to a higher share for the erstwhile Federally Administered Tribal Areas (Fata). Fata’s proposed allocation has been increased from Rs22 billion to Rs48 billion.

The government has also given nearly Rs40 billion to the Cabinet Division and more than half of it will be spent on parliamentarians’ schemes.

The proposed development budget is far less than the requirement and despite that the government has decided to include more projects in the PSDP. Pakistan is going to enter into an International Monetary Fund (IMF) programme from July to address macroeconomic imbalances.

Total allocation for the federal ministries is estimated at Rs372.2 billion against original allocation of Rs450.3 billion in the outgoing fiscal year. This allocation is about 53% of the total proposed PSDP.

Corporations have been given Rs197.7 billion against the original budget of Rs346.2 billion in the outgoing fiscal year.

The National Highway Authority (NHA), which earlier got the lion’s share, will now receive only Rs156 billion in the new fiscal year. In the outgoing fiscal year, the original allocation for the NHA was Rs310 billion.

Pakistan Railways’ budgetary allocation has been slashed by more than half to Rs16 billion against Rs39.4 billion in the current fiscal year.

The energy sector, mainly the National Transmission and Despatch Company and Pakistan Electric Power Company, has been given Rs41.8 billion, up from the outgoing fiscal year’s Rs36 billion.

The Ministry of Water Resources has been allocated Rs85 billion or 12.5% of the total proposed PSDP.

An amount of Rs78 billion has been proposed for the PSDP administered by the finance ministry. This includes Rs65 billion for security enhancement and relief for the temporarily displaced persons affected by Operation Zarb-e-Azb.

However, this spending falls under the current expenditure but the government has clubbed it with development, which has diverted a significant portion of the budget for non-development activities.

The Ministry of National Health Services, Regulations and Coordination has been given only Rs13.4 billion against Rs25 billion in this fiscal year. The Kashmir Affairs & Gilgit-Baltistan Division will get Rs44.6 billion in the next fiscal year.

Higher Education Commission’s development budget has been cut to Rs29 billion from Rs46.7 billion in the outgoing fiscal year.

The planning ministry will get Rs8 billion against Rs27.5 billion in the outgoing fiscal year.

An amount of Rs48 billion has been given for the Fata development plan. The finance ministry will get Rs36.8 billion in the new budget, mainly for projects being undertaken in provinces by the federal government.

The information technology ministry will get Rs7.4 billion this time and the maritime affairs ministry has been allocated Rs3.6 billion in the budget.

The government has proposed an allocation of Rs83 billion for China-Pakistan Economic Corridor (CPEC) projects in the next budget, which appears insufficient due to the inclusion of more schemes in the CPEC portfolio, which has now ballooned to Rs1.3 trillion.

The PTI government has decided to include five more CPEC-related projects in the PSDP. It has made first phase of the delayed Mainline-I project of Pakistan Railways part of the PSDP. The total cost of this scheme is estimated at Rs324.6 billion.

The total cost of CPEC projects has gone up to Rs1.3 trillion, of which Rs524 billion has already been spent in the past three years. The remaining financing for these projects is estimated at Rs734 billion.