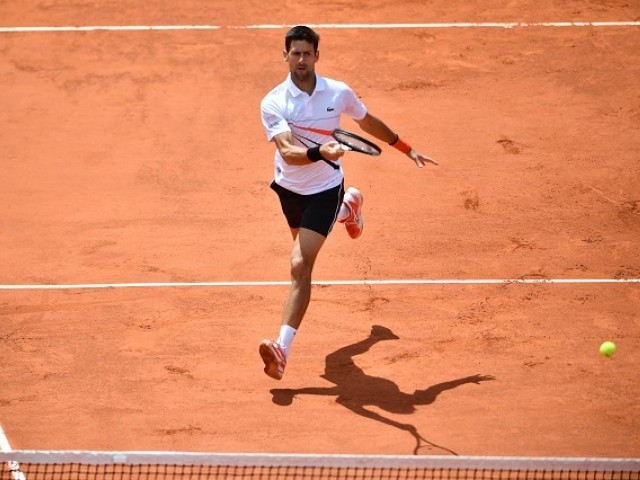 PARIS: Rain came to the rescue of Novak Djokovic on Saturday as the world number one was staring at defeat against Dominic Thiem in the Roland Garros semi-finals.

Djokovic, bidding to become just the second man in history to hold all Grand Slam titles at the same time twice, was trailing 1-4 in the final set and was 40-40 when play was halted.

Thiem led 6-2, 3-6, 3-1 overnight when play was suspended due to rain and the threat of high winds, before claiming the third set 7-5.

Djokovic levelled the match by taking the fourth set 7-5.

Organisers said the semi-final would not resume until 1300 GMT (15:00) at the earliest, which was the original scheduled time for the women’s final between Ashleigh Barty and Marketa Vondrousova.