Bigger than the moon

Bigger than the moon

Our challe­nges in scienc­e are deep, the proble­ms in techno­logy are immens­e
By Muhammad Hamid Zaman
Published: June 4, 2019
Tweet Email 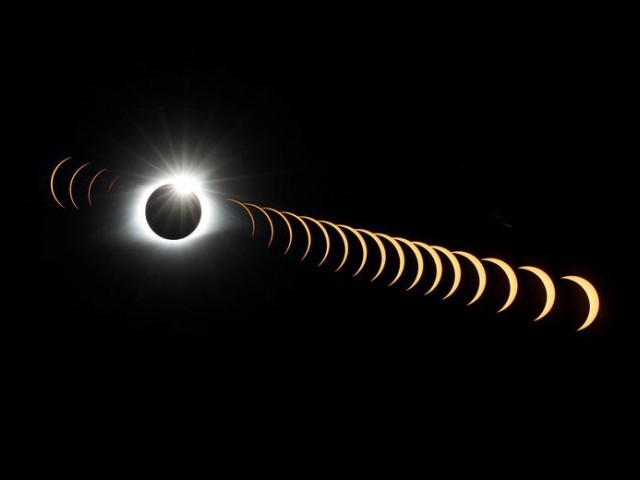 A composite image of 21 separate photographs taken with a single fixed camera shows the solar eclipse as it creates the effect of a diamond ring at totality as seen from Clingmans Dome, which at 6,643 feet (2,025m) is the highest point in the Great Smoky Mountains National Park, Tennessee, U.S. PHOTO: REUTERS

It is true that the profile and persona of the current Minister of Science and Technology have gotten people talking about the ministry. But fame and notoriety is not the mark of success, nor a metric we should aspire for. Our challenges in science are deep, the problems in technology are immense, and light-hearted humour, while may be entertaining, is not a substitute for policy.

However, in this mayhem and myriad problems, there is a ray of hope. The thin ray of hope comes from the minister himself. At times in the last nine months, he has stood up for human decency and progressive values of human dignity when others have taken refuge behind inertia and tradition. Most recently, he was among the few in the current cabinet who were vocal about the issues of child marriage — when the forces of status quo and ‘tradition’ deprived vulnerable girls of protection from the vultures within. The honourable minister was also among the few who took a real — albeit a weak and temporary — stance when the issue of minorities and faith came up during the discussion about membership of the economic advisory council last year.

Science and technology are potent tools, when used within a framework of ethics, to increase equity and create a fairer society. While I have disagreed with many things that the minister has said in the past, and I do believe that his progressive views may enable his ministry to tackle longstanding problems of inequity in society. The list is long, but there are three immediate things that come to mind, all that require coordination and partnership with other sectors in the government.

First, our challenges in healthcare access and delivery need an overhaul. Poor access to health and lack of appropriate and affordable technologies continue to harm our patients and destroy families. For far too long, we have had little effort in the realm of technological innovation in the health sector that focuses on improving services, enhancing quality and increasing access. The Ministry of Science and Technology is ought to be a central piece of efforts both by the ministries of health (at federal and provincial levels) and integral to the social welfare Ehsaas programme. It has the ability, and in my opinion, a responsibility to create integration between many of these efforts that are at risk of being vertical siloes.

Second, we are at an increasing risk of the negative impact of climate change. Often the most affected and the most vulnerable are those at the bottom of the economic ladder. The Ministry of Environment and the Ministry of Science and Technology have to work together to create evidence-based policies that choose our future over a short-term gain. Emphasising sustainability, clean air and green energy are not just going to happen with a magic wand, the efforts from the Ministry of Science and Technology have to be a part of any serious effort.

Pakistan has myriad problems in social welfare, human dignity, and national development. If the thing that occupies the time of the minister is a moon-sighting calendar, there is something not quite right. While I am always in support of using scientific evidence and a cross-disciplinary discourse, I am deeply concerned about the moon-sighting issue as the single most important issue on the minister’s mind. We need an actual policy, a clear vision, a strategy to prioritise specific research areas that lift people out of poverty, increase equity and improve the quality of living. A debate that is unlikely going to end anytime soon, and is not helping those who suffer due to lack of access to clean water, quality diagnostics or failing crops is not the debate worth spending the most precious of our resources, our time and energy.