WHO collaborates with Sindh health dept to fight HIV

WHO collaborates with Sindh health dept to fight HIV

SHC seeks explan­ation for delay in settin­g up AIDS commis­sion
By Our Correspondent
Published: May 30, 2019
Tweet Email 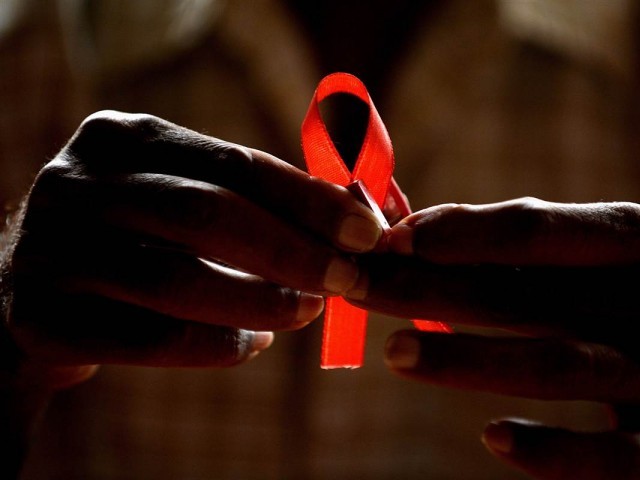 KARACHI: A delegation of the World Health Organisation (WHO), which arrived on Tuesday to review the outbreak of HIV cases, met the Sindh Minister for Health and Population Welfare Dr Azra Pechuho.

The WHO delegation will be helping Sindh Health Department in finding the root cause of the HIV outbreak in Larkana, through the process of geographical mapping, and planning a way forward for the patients who have tested positive for HIV.

The delegation will also provide HIV treatment kits to children affected by the epidemic.

Currently, four hospitals in Larkana are treating HIV patients while several HIV screening camps have been set up across the district. The WHO team will be working closely with the hospitals in the district as well as the field teams currently placed in Larkana to screen patients for the virus.

Sindh Health Minister Dr Pechuho, along with the WHO delegation and UN partner organisations, will be reaching Larkana today to begin field work.

The meeting was attended by officials of WHO Pakistan, UNAIDS, UNICEF, UNFPA, USAID and other international local organisations and officials.

Meanwhile, the Sindh High Court (SHC) has issued notice to the health authorities, seeking their replies to a petition against the delay in setting up the Sindh AIDS Commission.

With the human immunodeficiency virus (HIV) threatening to become an epidemic in parts of the province, a petitioner has pleaded the Sindh High Court (SHC) to order the provincial government to set up the Sindh AIDS Commission.

The petitioner, Masroor Ali Shah, also prayed the court to direct the government to conduct HIV screening across the province and to build HIV and AIDS treatment hospitals in all the districts.

The petitioner contended that the SHC should ask the government to explain the around six years of delay in the setting up of the commission, which will comprise health officials and stakeholders from the civil society. It will work for the prevention and treatment of HIV and AIDS, besides creating awareness among the people and educating the students by adding the subject in the school curriculum.

The SHC bench comprising Justice Muhammad Iqbal Kalhoro and Justice Fahim Ahmed Siddiqui noted that the Sindh government was already working to provide treatment to the patients and screen the new cases. The petitioner, however, contended that like Larkana’s Rato Dero taluka, the HIV has also spread in parts of Hyderabad and Matiari districts where the screening is not being conducted.

He also underlined that his central pray for the establishment of the commission is mentioned in the 2013 Act, which the government has inordinately delayed. He argued that bad medical practices like usage of a syringe on multiple patients and the medical practice by quacks are prevalent across the province, implying that it is likely that HIV cases will be found in many other parts of the province if the screening is carried out.