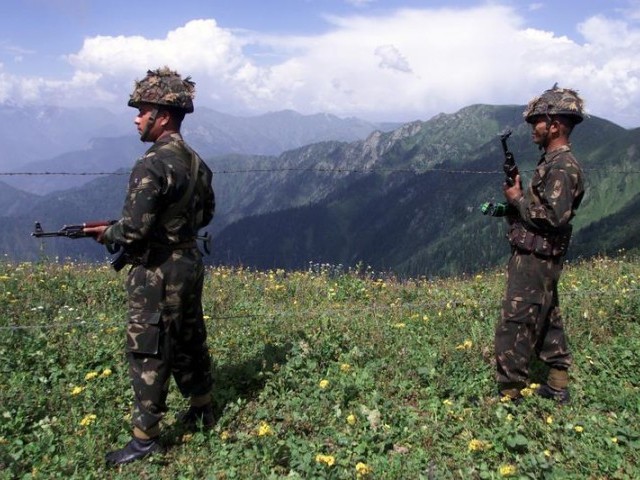 The Indian armed forces have admitted the presence of senior army commanders at a brigade-level headquarters – which was locked as target by Pakistan Air Force (PAF) fighter aircraft on February 27, reported ThePrint.

PAF carried out strikes a day after the Indian Air Force’s (IAF) botched airstrike in the Balakot area of K-P. As a show of strength and capability, PAF aircraft dropped precision-guided munitions, reportedly the local manufactured H-4 Stand-Off Weapon, on a compound within the Indian Army brigade HQ but deliberately did not target military personnel.

The Indians have now admitted that Northern Army Commander Lt Gen Ranbir Singh and 16 Corps Commander Lt Gen Paramjit Singh were present at the defence installation but claim they left “minutes before the bombs fell”.

India’s armed forces had denied and had refused to earlier comment on the presence of senior commanders at the location. DG ISPR Maj Gen Asif Ghafoor, in his press conference following the aerial skirmish of February 27, had urged the Indian side to reveal “who all were present at the brigade HQ”.

The new admission validates Pakistan’s claim and comes mere days after confirmation that an IAF Mi-17 was shot down by friendly fire on the day of the aerial dogfight.

Indian Army headquarters did not respond to a request for comment by the Indian publication.

On February 27, PAF fighter jets shot down two Indian warplanes and captured a pilot after they intruded into its airspace while responding to a Pakistani aerial mission on targets inside occupied Kashmir.

The United States, China, Britain, Russia as well as Saudi Arabia and the United Arab Emirates were engaged with both New Delhi and Islamabad to avoid further escalation.