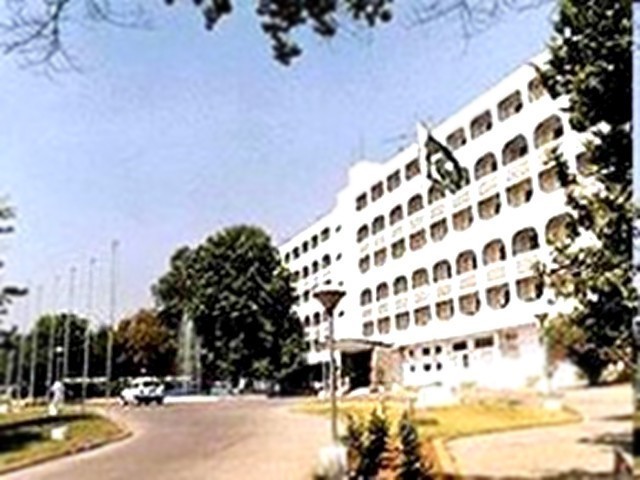 The Foreign Office (FO) on Thursday said that it had found no linkages between militants swept up in a recent dragnet and a suicide attack in Indian occupied Kashmir (IoK) that brought Pakistan and India to the brink of war last month.

FO Spokesperson Dr Mohammad Faisal, in his weekly press briefing, said that India had provided Pakistani officials with a list of 90 suspected militants and 22 locations of alleged training camps.

“While 54 detained individuals are being investigated, no details linking them to Pulwama have been found so far,” the FO commented.

“Similarly, the 22 pin locations shared by India have been examined. No such camps exist,” Faisal clarified, adding that Pakistan had thoroughly examined the dossier sent by India.

The FO statement read that Pakistan was “willing to allow visits, on request, to these locations”.

Tensions between old foes Pakistan and India soared after the suicide bombing, which killed 40 Indian security personnel and was later allegedly claimed by Jaish-e-Mohammad (JeM).

Pakistan, long accused by India of using militant proxies in the occupied Kashmir, denied it was involved in the attack.

The US also appeared to increase pressure on Islamabad this week, circulating a draft resolution to the UN Security Council (UNSC) that would blacklist JeM chief Masood Azhar. Faisal, during the presser, added that the matter regarding Azhar is currently under consideration and that “it was not feasible to yet involve the UNSC”.

In Thursday’s address, the FO welcomed actionable evidence from India in order to investigate the Pulwama attack. “We have informed them that we are ready to cooperate in a transparent manner if they provide us further evidence,” he said.

Earlier in March, China blocked a request to blacklist Azhar, and the move by Washington sets up a potential clash with Beijing.

It comes as tensions between Pakistan and India were ratcheted-up again this week after New Delhi announced it had destroyed a low-orbiting satellite in a missile test on Wednesday.

Indian Prime Minister Narendra Modi said the anti-satellite missile test was peaceful and not designed to create “an atmosphere of war”.

But analysts said it would not go unnoticed in Pakistan and China and could be interpreted as a show of Delhi’s advancing military capabilities.