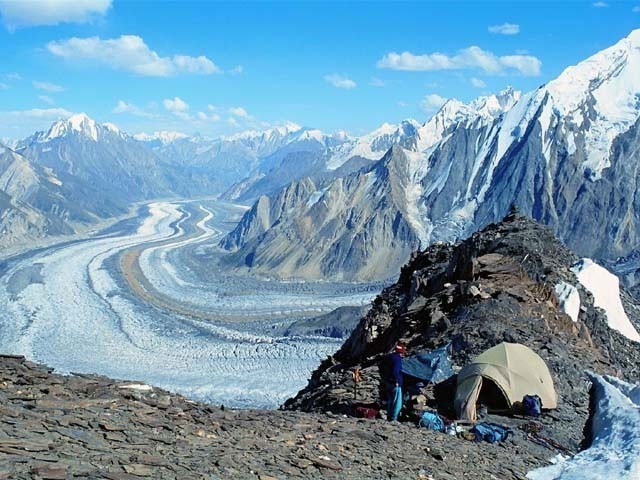 ISLAMABAD: Gilgit-Balistan senior lawyers have approached the Supreme Court against the appointments of 48 officials in the G-B higher courts, saying the “appointments are made in a manner of cherry-picking and in a colourful exercise of the rules on the basis of nepotism and favouritism by violating the provisions of law”.

Supreme Appellate Court Bar Association President Shafqat Wali and others, through Arif Chaudhry advocate, filed a constitutional petition in the apex court making more than 54 individuals and departments as respondents.

The petitioners prayed the apex court to declare appointments of 48 officials as illegal.

This constitutional petition is among four petitions which have been admitted for preliminary hearing during the ongoing tenure of Chief Justice Asif Saeed Khosa.

Are we compromising on our digital future?

The illegal and unlawful appointments of the respondents are creating a sense of deprivation in the G-B region as well as serious doubts about the integrity of the appointing authority, says the petition.

It is also stated that presently, 177 permanent employees are working in the establishment of the Supreme Appellate Court of G-B whereas sanctioned strength is 112 and 65 posts are not reflected in the News Item Statement (NIP) against whom respondents have been appointed which is itself as illegality and same is also burden on the government exchequer.

The petition states, “It has been a tendency of the Supreme Appellate Court G-B that the competent authorities have created temporary posts at the first instance in a colourful manner to accommodate their blue-eyed persons and later they have been absorbed on permanent basis without considering the fact that whether their services are essential for the functioning of the court.”

It is also stated that after promulgation of the G-B Order 2009, no person can be appointed, transferred and recruited against any post either in the administration of G-B or against any post in any court of G-B.

The petition says that the G-B Legislative Assembly passed dozens of unanimous resolutions, demanding all the appointments in the establishment of G-B should be made from amongst the residents of G-B in letter and spirit of the laws.

Giving details about the alleged illegal appointments, the petition states that Liaqat Hussain, who is working as Supreme Appellate Court registrar, was serving as additional registrar. His retirement was due on November 16, 2008, but was re-employed on August 28 by the then G-B chief judge before his retirement. The petitioners state that the then chief judge gave incumbent registrar undue favour in violation of SC verdict in the Hajj scam.

Likewise, the petitioner, raising objection over the appointment of Usman Janjua as secretary Supreme Appellate Court (BPS-20), says that he is a permanent resident of Islamabad and son of the then deputy SC registrar. He was working as stenographer (BPS-15) in Federal Judicial Academy till September 2009. Later, he was employed as secretary to chief judge in violation of the advertisement.

It is also noted that Muhammad Nabeel Idress, who is a permanent resident of Punjab, is the real nephew of former Kashmir and G-B minister Barjis Tahir. He is also illegally appointed as personal staff officer to give undue benefit to the nephew of the then incharge minister and governor G-B.

The respondents No 23 to 41, all non-residents of G-B were appointed in gross violation of estacode beside the judgement of the apex court in a colourful exercise of discretion. This shows nepotism, favouritism and corruption as well as at the cost of these eligible candidates of G-B, who have their vested right of appointment against such position, says the petition.

It is also stated that the respondents No 42 to 51 are those employees who were appointed in various BPS between one to seven in a manner not warranted by law and all of them are non-residents of G-B. The petition also revealed that three officials have been appointed on March 12 when there was no competent authority for such appointments.

The petitioners prayed the SC to issue orders for an internal audit.