The commit­ment to the vertic­al video was the main focus point in its’ launch almost a year ago
By Tech Desk
Published: June 3, 2019
Tweet Email 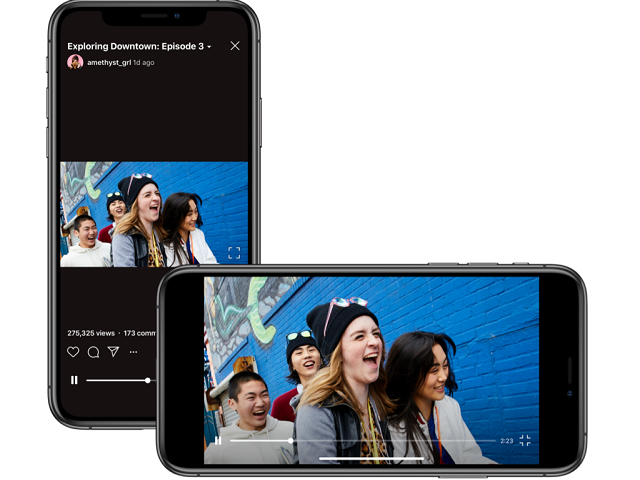 The commitment to the vertical video was the main focus point in its’ launch almost a year ago. PHOTO: INSTAGRAM

This commitment to the vertical video was actually the main focus point in its launch almost a year ago. This change was prompted by creator feedback as well as user complaints that, while landscape videos already exist on IGTV, they are unable to turn their phones and watch in fullscreen.

“We realise this is an evolution from where IGTV started — we believe it’s the right change for viewers and creators,” the company says in a blog post. “In many ways, opening IGTV to more than just vertical videos is similar to when we opened Instagram to more than just square photos in 2015. It enabled creativity to flourish and engagement to rise — and we believe the same will happen again with IGTV.”

IGTV hasn’t really been making waves in the cultural conversation, especially in contrast to TikTok, which has produced memes, discussion, and music hits. According to The Hollywood Reported, IGTV remains redundant for creators. Those creators working alongside Instagram’s talent management team to build out their IGTV content seem to find it satisfactory but pointed out major drawbacks as them not having been able to monetise their content yet. Instagram is dissimilar to YouTube in the sense that it does not possess an ad placement service that pays creators, and brands haven’t yet started sponsoring creators to produce long-form IGTV content, as reported by the Verge.

A main contribution to the problem was the vertical video optimisation, as creators whose content is mainly produced for and exists in YouTube would have to create additional content or film their content differently to allow it to display properly on both platforms, extra effort which not many were willing to put in. View counts were initially unsatisfactory, but creators reported that the addition of the feature allowing IGTV videos to be shared to their feed boosted viewership numbers. Instagram giving up the IGTV commitment to vertical video could encourage creators to share content across multiple platforms, which could hence increase IGTV’s offerings.