Iran says no talks with US 'under any circumstances'

Iran says no talks with US 'under any circumstances' 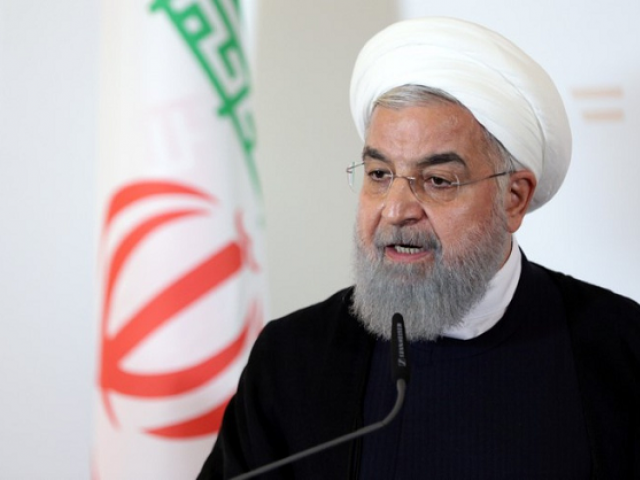 TEHRAN: Iran will not hold talks with the United States “under any circumstances” while the rights of the Islamic republic are not respected, said an official quoted on Thursday by state media.

“We have said clearly … as long as the rights of our nation are not satisfied, as long as words don’t change into action, our path will stay the same as now,” said Keyvan Khosravi, spokesperson of the Supreme National Security Council.

“There will be no talks under any circumstances,” he was quoted as saying by the official state news agency IRNA.

Khosravi said there had been an uptick in official delegations travelling to Tehran from various capitals, although “most of them are coming on behalf of America”.

“Without exception we have responded with the message of the Iranian nation’s strength, reason and resistance” in line with the policies of the Islamic republic, he added.

Despite its efforts to isolate Iran, the United States said it welcomed the initiative and noted that Germany had diplomatic relations with Tehran.

“So we think that this is normal behaviour between two states. And we appreciate any efforts by the Germans to help de-escalate the situation,” State Department spokesperson Morgan Ortagus told reporters in Washington.

Oman played a crucial role in bringing Iranian and US negotiators together for preliminary talks that ultimately led to the 2015 Iran nuclear deal with major powers including the United States.

But US President Donald Trump withdrew from the deal in May 2018 and reimposed sanctions that had been lifted in exchange for Iran scaling back its nuclear programme.

With tensions between the two sides already high, there has been a dramatic escalation in recent weeks after the US labelled Iran’s Revolutionary Guards as a “foreign terrorist organisation”.

The United States also deployed a naval carrier group and B-52 bombers to the Middle East over unspecified alleged Iranian “threats” and the acting defence secretary, Patrick Shanahan, said on Thursday that Washington may send more troops to the region.

Iran in turn rolled back parts of its commitments within the nuclear deal and gave an ultimatum to the remaining sides that more would follow if they did not provide relief from sanctions.

No surrender even if bombed

Iranian President Hassan Rouhani also said on Thursday that the country will not surrender to pressure and will not abandon its goals even if it is bombed, stepping up the war of words between the Islamic Republic and the US.

Earlier in the day, Iran’s top military chief said the standoff between Tehran and Washington was a “clash of wills”, warning that any enemy “adventurism” would meet a crushing response, the semi-official Fars news agency reported.

“More than one year after the imposition of these severe sanctions, our people have not bowed to pressures despite facing difficulties in their lives,” Rouhani was quoted by the state news agency IRNA as saying.

Addressing a ceremony in commemoration of the 1980-88 Iran-Iraq war, he added: “We need resistance, so our enemies know that if they bomb our land, and if our children are martyred, wounded or taken as prisoners, we will not give up on our goals for the independence of our country and our pride.”

Iran’s armed forces chief of staff, Major General Mohammad Baqeri, also pointed to an Iranian battle victory in the war with Iraq and said that outcome could be a message that Iran will have a “hard, crushing and obliterating response” for any enemy “adventurism”.

On Sunday, Trump tweeted: “If Iran wants to fight, that will be the official end of Iran. Never threaten the United States again!”

Trump wants Iran to come to the table to negotiate a new deal with stricter curbs on its nuclear and missile programs.

India must end ‘politics of repression’ in occupied Kashmir: Pakistan