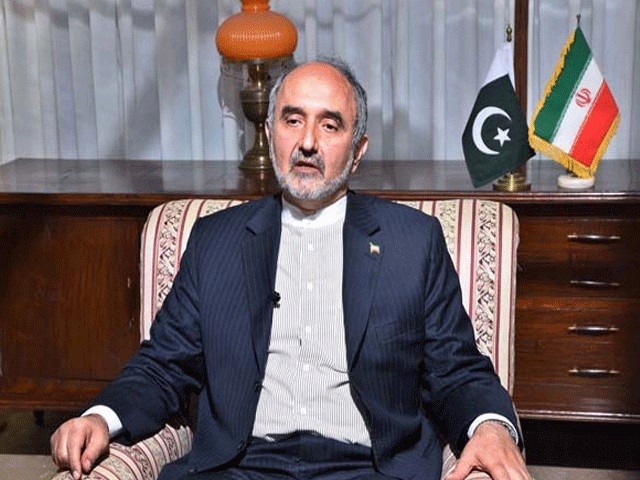 ISLAMABAD: Iranian Ambassador to Pakistan Mehdi Hunar Dost has said the United States is violating the 2015 peace accord but Iran will not bow down to the US threats.

“We are faced with a new situation for the past few days. The US and its allies are beating the war drums and Iran is being threatened. But it is not something new as we have been facing threats for four decades,” he said while addressing an Iftar dinner in the embassy on Tuesday.

“Iran has the ability to defend itself but wants to resolve all issues through dialogue,” he added.

Iran warns of ‘painful consequences’ if US escalates tensions

The Iranian ambassador said Tehran even tried the option of talks with the US and Europe but the result was unilateral withdrawal of the US from the treaty.

“Owing to lack of trust, the Iranian supreme leader feels that talks with the US are poisonous. The US military complex wants to push the US into a never ending war,” he said.

He said Iran always adopted the approach of peace and stability but was threatened in return and sanctions were imposed on it. But such sanctions do not affect those with a strong identity and culture.

“Iran will not wage war but will respond. The US and its allies have spread destruction in the region with wars in the past,“ he said. He added Iran wants regional stability but knows how to defend itself. “The history bears witness to the fact that sanctions and threats could not deter our spirits,” he said.