Petiti­oners claim crest level of Phulel­i canal has been raised with mala fide intent­ions to divert their water share
By Our Correspondent
Published: May 21, 2019
Tweet Email 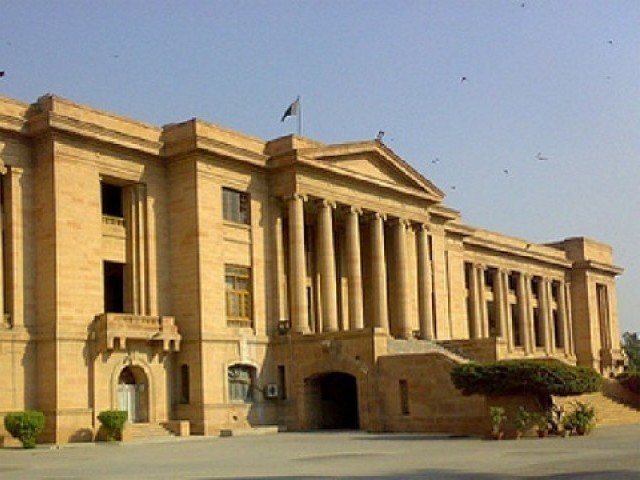 Petitioners claim crest level of Phuleli canal has been raised with mala fide intentions to divert their share of water. PHOTO: FILE

HYDERABAD: After protesting for several months to bring their plight, caused by acute water shortage, to the notice of the provincial government, the farmers of Badin have finally knocked the door of the Sindh High Court (SHC). The Hyderabad Circuit Bench on the farmers’ petition, alleging a design fault in the Rs300 billion rehabilitation project of Phuleli canal which has led to the shortage, has issued notices to the respondents for June 20.

“Declare that the raising of crest levels of cross and head regulators of Phuleli canal under newly built project is illegal and in violation of the fundamental rights of the petitioners and lower riparians [of the canal],” Noor Ahmed Talpur, Azizullah Dero and five other farmers pray in the petition. They contended that the raised crest level, which refers to the highest level that the canal can reach at a certain time, is the sole cause of shortage across Badin district.

“[The crest level] has been raised with mala fide intention to divert the due share of the petitioners and other farmers towards the lands of influential upper riparian farmers.” The petitioners have cited the officials of Sindh Irrigation and Drainage Authority (SIDA), Sindh Water Sector Improvement Project (WISP), Sindh chief secretary and chairperson of a recently formed inquiry committee, which probed the canal’s rehab project, as the respondents.

The petitioners also pleaded that the court declare the inquiry committee’s report unjustifiable and unreasonable because it did not offer solution to redress the problem.

Under pressure of the agrarians’ protest, SIDA’s Chairperson Abdul Basit Soomro had notified the 19-member committee, headed by former irrigation secretary Idress Rajput, on March 22. The committee was tasked to ‘inspect’ whether the canal’s design fault, which underwent rehabilitation in 2017-18 at the cost of Rs300 million, was creating the scarcity.

“The chairman and members shall inspect the newly built cross and head regulators over Phuleli canal executed under World Bank funded Water Sector Improvement Project (WSIP),” read the terms of reference of the notification. “… evaluate the performance of structures in the light of raised sill levels that whether these sill levels are creating any acute shortage.” The storage above sill level is called live storage and below the level is called dead storage.

Save Badin Action Committee’s Mir Ghulam Rasool Talpur claims that the water of Kotri barrage, from where the Phuleli canal springs, is being diverted to the lands of feudal lords. The opponents of Pakistan Peoples Party (PPP) accuse the party’s provincial government for taking retributive action against Badin’s people, who voted the PPP’s dissident, Dr Zulfiqar Mirza, in the local government and general elections, by depriving them of water. On Sunday the Sindhi nationalist parties took out a protest rally in Badin to condemn the official apathy to the plight of the coastal district’s residents.