Says that it does not want war with Iran but is ready to defend itself­
By AFP
Published: May 20, 2019
Tweet Email 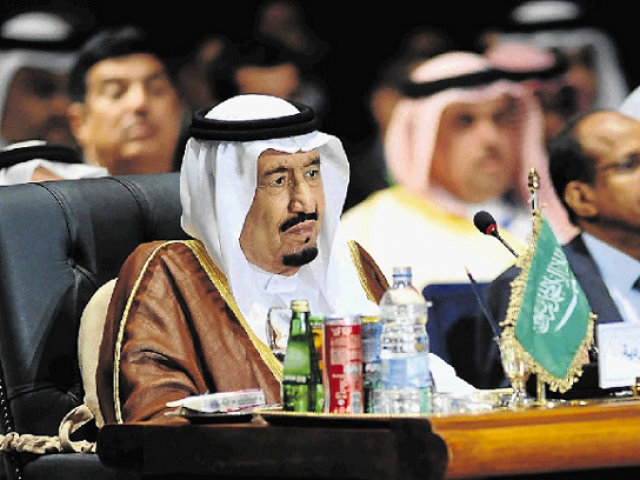 DUBAI: Saudi Arabia has called for emergency regional talks to discuss mounting Gulf tensions, saying on Sunday that it does not want war with Iran but is ready to defend itself.

It comes days after mysterious sabotage attacks on several tankers in highly sensitive Gulf waters and drone strikes on a Saudi crude pipeline by Yemen rebels who Riyadh claimed were acting on Iranian orders.

The United States has also deployed an aircraft carrier and bombers to the Gulf over alleged threats from Iran.

Saudi Arabia’s minister of state for foreign affairs, Adel al-Jubeir, said on Sunday his country does not want to go to war with Iran but would defend itself.

Saudi Arabia “does not want a war, is not looking for it and will do everything to prevent it,” he said.

“But at the same time, if the other side chooses war, the kingdom will respond with strength and determination to defend itself and its interests.”

The meetings will be a “significant opportunity for the countries of the region to achieve their aspirations for establishing peace and stability,” it said.

Qatar on Sunday weighed in on the escalating tensions, saying it did not believe the US or Iran wanted a war in the region.

“US President Donald Trump has said he does not want war, and I do not think Iran wants war or instability in the region,” minister of state for foreign affairs Sultan al-Muraikhi told AFP on the sidelines of a Qatar Fund for Development briefing.

“I think if we move away from the childish regimes in the region, all troubles will be settled.”

Muraikhi said Doha – which remains isolated by neighbouring former allies in a long-running diplomatic dispute – has not yet received a formal invitation to either meetings.

Saudi Arabia, the United Arab Emirates, Bahrain and Egypt are among the countries that cut ties with Qatar in June 2017 over accusations it supports terrorism and seeks closer ties with Tehran.

According to Elizabeth Dickinson, senior analyst with the International Crisis Group think tank, Riyadh wants to show that the region is behind it.

“The US maximum pressure campaign against Iran has little support among Western allies,” she told AFP.

“Saudi Arabia is building, in its eyes, the strongest coalition of Arab and Muslim states that it has ever assembled to push back against its adversary, Iran.”

Four ships including two Saudi oil tankers were damaged in mysterious sabotage attacks last Sunday off the UAE’s Fujairah, near the Strait of Hormuz – a vital maritime route for oil exports which Iran has threatened to close in the event of a war.

That incident was followed by drone strikes on Tuesday claimed by Yemen’s Iran-aligned rebels on a major Saudi oil pipeline built as an alternative export route if the Strait of Hormuz were to be closed.

Saudi Arabia accused Tehran of ordering the pipeline attacks, targeting “the security of oil supplies… and the global economy”.

“If Iran is deemed responsible, Gulf allies will presumably support a firm retort, but they may balk at being dragged into a major confrontation,” the Washington Institute said on Tuesday.

Jubeir said the UAE was leading the probe into the damaged oil tankers, but added that “we have some indications and we will make the announcements once the investigations are completed”.

The Emirates has said three Western countries – the US, France and Norway – would also be part of the investigation, along with the UAE and Saudi Arabia.

Neither of the two Gulf states, both close allies of the United States, has given details on the exact nature of the ship attacks.

Despite international scepticism, the US government has cited increasing threats from Iran, a long-time enemy of both Washington and its regional allies, including Israel and Saudi Arabia.

SPA said on Sunday that Crown Prince Mohammed bin Salman had spoken with US Secretary of State Mike Pompeo about enhancing security in the region.

The US has already strengthened its military presence in the region, deploying several strategic B-52 bombers.