Dolphin Squad failing to live up to expectations

Dolphin Squad failing to live up to expectations 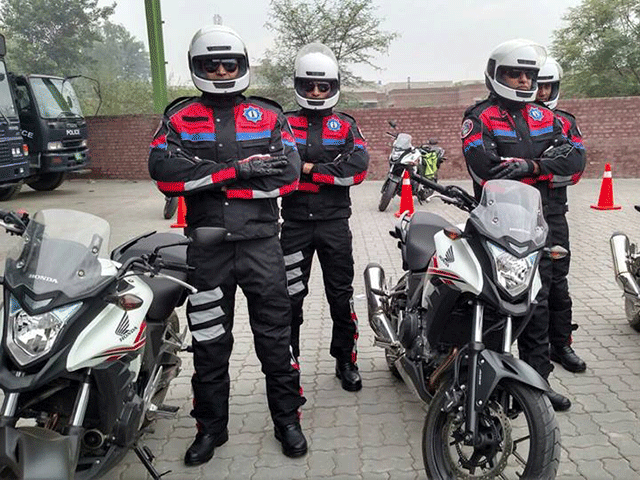 LAHORE: Late Friday night, the Dolphin Squad, a specialised wing of the Punjab police, shot dead an innocent woman during a confrontation in Nishter Colony. Her only crime was being at the wrong place at the wrong time.

The victim, identified as Nasreen, was returning home after visiting the Punjab Institute or Cardiology, when she was caught in the middle of a confrontation between police officials and a handful of suspects.

Since the incident, the accused police officials have been arrested while a case has also been registered against them. Meanwhile, Dolphin Squad SP Bilal Zafar has declared that the incident violated the force’s standard operating procedures.

However, this is not the first such incident where an innocent bystander has lost their life at the hands of the Dolphin Squad. In November, an intellectually challenged individual was shot and killed by the force.

Yet another falls prey to Dolphin Squad

Reportedly, the man identified as Umair had brandished a knife and was attacking pedestrians. When officials responded to a call reporting the situation, he attacked the officials. In what has been termed an ‘act of self-defence’, officials shot and killed the citizen.

A few months prior in June, a 14-year-old boy was killed after being caught in the crosshairs of a confrontation between Dolphin Squad officials and suspects.

The Punjab police has been criticised for its role in extra-judicial killings, the most notable of which is the incident in Sabzazar.

Built to replicate the Turkish police’s patrolling squad, the Dolphin Squad was established at a cost of billions of rupees. The force was provided sports bikes, the latest gadgets and sophisticated weaponry. Further, the expertise of Turkish trainers was also sought for this purpose.

The objective behind investing this much time, effort and money was to promote community policing, improve the less than savoury image of the Punjab police and to protect the lives and the properties of citizens.

But a slew of such incidents have succeeded in further tarnishing the Punjab police’s already dubious image. The top brass needs to deliberate on how to turn the force from being trigger-happy to more people-friendly.

Moreover, another incident of the police’s high handedness was reported in Defence during the week. Allegedly, a police team tortured citizens after they failed to pay a bribe. Four police officials were suspended.

During the week, an incident involving a child working as a domestic helper was reported in Kahna. Reportedly, ten-year-old Hadia had been working at Zarqa Shahid’ home for the past three months. However, Zarqa would physically assault the child.

The case was brought to the attention of the authorities after a neighbour called the Child Protection and Welfare Bureau. The victim was recovered and her employer was arrested while a case was registered against them.

Such incidents continue to be reported, which highlights the fact how children from certain socio-economic backgrounds are exploited. On the other hand, it also brings to light the state’s inability to effectively tackle this issue.

Separately, two siblings suffocated to death after managing to lock themselves inside a trunk in Hanjarwal. The trunk was locked from the outside and the family was not at home.

In addition, two women were targeted in separate incidents for turning down marriage proposals. The first incident was reported in Manawan, where a boy barged into the home of a matric student and attacked her with a knife.

Secondly, a teenage girl’s head was shaved and she was tortured for turning down a marriage proposal.

In another incident in Gulberg, two sisters died under mysterious circumstances while another was admitted to the hospital. Reportedly, the victims had suddenly fallen ill and started vomiting. They were shifted to a hospital for treatment where they died. Police have collected samples and sent them to the Punjab Forensic Science Agency (PFSA).

Also in Green Town, an extortion case was reported. A citizen had registered a complaint that suspects were blackmailing him with dire consequences if he failed to pay. He claimed he had paid Rs2.8 million to the suspects who were asking for Rs2 million more.

In Millat Park, a man killed his daughter and injured his wife during a domestic dispute.