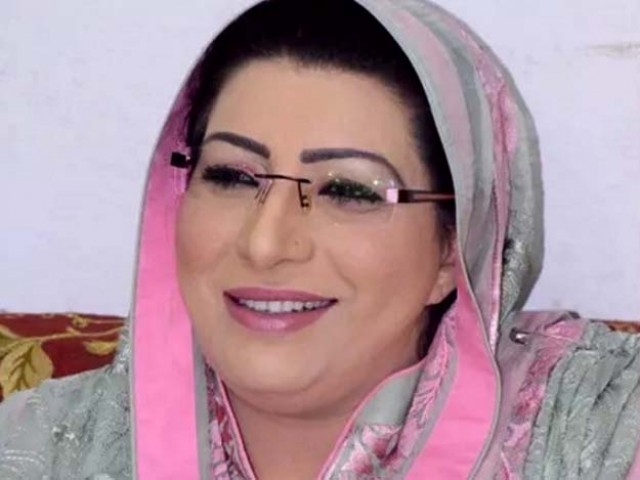 SIALKOT/LAHORE: As the opposition parties gathered at the Zardari House in Islamabad to devise a strategy for an anti-government movement likely to be launched after Eid, the political arena of the country has heated up.

Special Assistant to the Prime Minister on Information Firdous Ashiq Awan and Pakistan Muslim League-Nawaz leader Rana Sanaullah on Sunday fired broadsides at each other on separate occasions.

Addressing the media at Oora Chowk in Sialkot, Awan said, “The Iftar dinner hosted by PPP Chairman Bilawal Bhutto Zardari in honour of different political parties was actually a renewal of the nexus between the PPP and the PML-N as well as renewal of their pledge to protect each other’s corruption and personal political gains.”

She said they had gathered to find out back doors to escape from the country by putting pressure on the National Accountability Bureau (NAB).

“A gang of plunderers has again gathered to protect each other’s corruption and personal gains as politically mature masses have already rejected such corrupt politicians.

Opposition to protest in and outside parliament after Eid: Bilawal

“This unnatural political nexus between a gang of plunderers will die within the next couple of days as these corrupt and dead horses are merely active to keep themselves alive in the political scenario,” she said. “They actually want to deceive the masses but their game of personal interests is over now.”

She said the government would foil the nexus between the PPP and the PML-N with an active support and power of the masses.

These political jugglers wanted to deceive the masses after hoodwinking the people by their hollow claims of national development and prosperity, she added.

“The government is fully capable of tackling this political nexus between the PPP and the PML-N and it will never allow them to loot more of the national wealth as well as play with the sentiments of the people.

“Prime Minister Imran Khan is the only hope for the nation as the government is committed to end corruption, poverty, unemployment,” Awan said.

In his reaction to the statement of Awan, PML-N, Punjab President Rana Sanaullah reminded her that the delegation was led by Shahid Khaqan Abbasi, saying “a liar spokesperson of a liar government should repent”.

In a statement issued by the PML-N Secretariat, Sanaullah said, “Firdous Baji, neither a notice has been taken, nor an answer given on the medicines and buses’ corruption. Your political adventure has failed and now you are trying to play a leader in someone else’s home.”

He said, “A mentally sick person like Imran Khan does not need an information minister, what he actually needs are parrots who can abuse political opponents.

“Firdous Baji don’t try to become an ostrich instead of an abusing parrot. Firdous Baji has become a female version of Sheikh Rashid.

“Today, Firdous Baji is lamenting over not being in her previous boss’ party. Today, her wish to join Bilawal’s Iftar party is piercing her heart. Today, the whole PTI is feeling pity for her after listening to her talk. Today, the hearts of two dozen spokespersons of the PM office are pounding out of fear.”