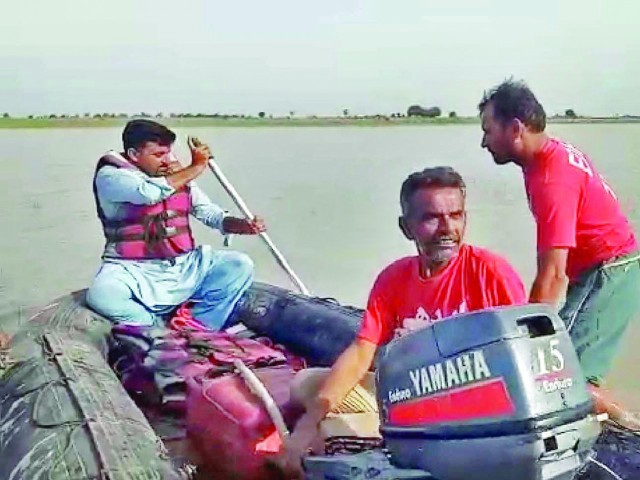 HYDERABAD: A day after a wooden boat ferrying 14 people from Matiari district to Jamshoro district capsized in the Indus River, leaving eight persons drowned, the search for the dead bodies continued on Sunday. The bodies of two of the five drowned women and one of the three children were pulled out on Saturday night and Sunday morning, respectively. Six persons survived the incident.

Jamshoro Deputy Commissioner Capt (r) Fariddudin Mustafa informed that dozens of divers have been searching for the bodies since Saturday night. A team of Pakistan Navy also joined the search on Sunday afternoon besides Edhi volunteers.

According to the DC, the boat overturned amid strong winds and rain in the river on Saturday after sunset. The bodies of Aasat and Popri were found on Saturday night and of Imran on Sunday after around 16 hours of search.

The residents of village Darra Maachi complained to the local media that the divers and boats sent by the district administration arrived late for the search and rescue. They claimed that all six survivors were rescued by local fishermen and two bodies were recovered by them as well.

The people residing along the right and left banks of the Indus River usually travel on wooden boats to the areas on either side. Some of the deceased had crossed the river to Matiari to buy medicines, according to the local people.

The DC said that the search operation was suspended after 6pm on Sunday. It will resume early on Monday, he added.