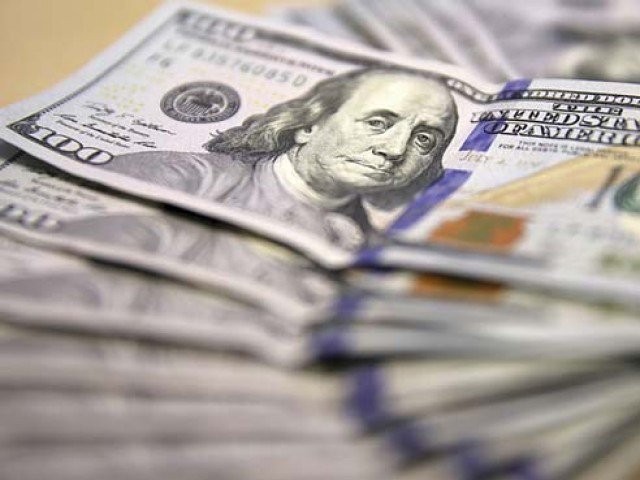 KARACHI.: Barely a day after Prime Minister Imran Khan formed a committee to control devaluation of the local currency and capital flight from the country, the dollar on Thursday rocketed to a new all-time high against the rupee in the interbank market.

The greenback was traded at Rs148.50 to the US dollar in the wee hours before being settled at Rs146.52.

Accordingly, the local currency further weakened by 3.62 per cent, or Rs5.13, at the end of the session compared to Rs141.39 on Wednesday.

The development came just days after Islamabad sealed a $6 billion bailout package with the International Monetary Fund (IMF) to prop up the country’s slowing economy.

The latest devaluation is seen as a result of a key IMF condition for the country to institute a market-determined exchange rate.

The sharp downward movement in the rupee forced currency dealers to sell the dollar at Rs148 and buy it at Rs145 during the day, a Karachi-based dealer told The Express Tribune.

“How can we sell the dollar at the lower rate than the inter-bank market?” he questioned.

Experts said the drop in the rupee was expected, as the government had agreed to leave the inter-bank market free from state control under the recently-concluded deal with the IMF.

The government signed the loan programme on Sunday. The IMF had conditioned to let market forces determine the rupee-dollar exchange rate.

There was speculation in the market that the rupee might drop to 165-170 to the US dollar under the current round of depreciation.

Earlier, the SBP had let the rupee depreciate by a staggering 34 per cent to Rs141.4 since December 2017.

What the SBP says?

State Bank of Pakistan Spokesman Abid Qamar said in a short message that “this movement reflects demand and supply conditions in the foreign exchange market”.

“It [the drop in the rupee] will help in correcting the market imbalances,” he concluded.

The situation had caused the country to book record high $19 billion current account deficit in the previous fiscal year 2018.

In the first nine months (July-March) of the current fiscal year, current account deficit has narrowed down 29.5% to $9.6 billion compared to $13.6 billion in the same period last year.

The drop came due to cut in the imports mainly due to completion of several early-harvesting projects under the multibillion-dollar China-Pakistan Economic Corridor (CPEC) and a massive 34% rupee depreciation since December 2017, experts said.

A leading banker, who spoke on the condition of anonymity, said the State Bank of Pakistan (SBP) should clarify the situation whether the rupee depreciation was part of the International Monetary Fund’s (IMF) loan programme or not.

“We don’t know the details of the IMF (loan programme) yet,” he said, adding the authorities concerned should disclose the details to give a clear direction to the market and build confidence among the business community and the nation.

Apparently, a widened trade deficit has forced the SBP monetary policy committee to let the rupee depreciate, as the country had seen a surge in imports and exports failed to increase to the desired level in April.

“The situation may have convinced the authorities concerned [the SBP monetary policy committee] to let the rupee depreciate in the latest round,” he said.

He demanded of the central bank to clarify whether the latest depreciation has achieved the rupee equilibrium against the basket of world currencies or there is still room for more depreciation.

“I am assuming that the central bank would clarify the situation while it announces monetary policy statement (for the next two months) on Monday (May 20),” he said.

Forex Association of Pakistan (FAP) President Malik Bostan said open market would continue to follow the inter-bank trade. “If the rupee further depreciates in inter-bank, then it is bound to affect the open market,” he said.