'Pakistan airspace restrictions extended till May 30'

'Pakistan airspace restrictions extended till May 30'

CAA says matter will be reasse­ssed after May 30; restri­ctions mainly affect flight­s from Europe to Southe­ast Asia
By Reuters
Published: May 16, 2019
Tweet Email 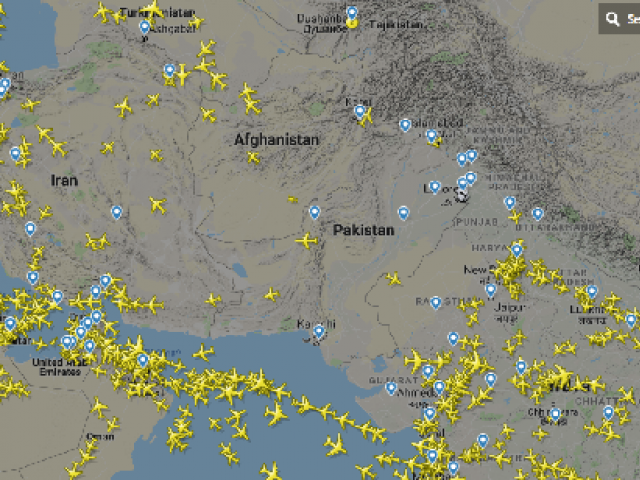 CAA says airspace restrictions will be reassessed after May 30. SCREENSHOT

ISLAMABAD: Pakistan has extended airspace restrictions until the end of May, a civil aviation official said on Thursday, forcing foreign carriers to take costly detours since the country’s standoff with rival India.

Pakistan closed its airspace in February after a suicide bombing in Indian-occupied Kashmir sparked tensions between the neighbours.

Following the attack, both countries carried out aerial bombing missions on each other’s soil and their warplanes also fought a dogfight over Kashmir.

Partial operations at Pakistani airports resumed after the crisis eased, but foreign carriers using Indian airspace could not fly over Pakistan.

The restrictions mainly affected flights from Europe to Southeast Asia. “The airspace will be restricted until May 30 and then we
will reassess,” Mustafa Baig, a spokesman for Pakistan’s Civil
Aviation Authority, told Reuters.

He did not give a reason for the extension.

Pakistan lies in the middle of a vital aviation corridor and the airspace restrictions impact hundreds of commercial and cargo flights each day, adding flight time for passengers and fuel costs for airlines.