From Harvard, with hate - for the narrow-minded

From Harvard, with hate - for the narrow-minded

At Americ­a's finest school, many realis­ed long ago that the proble­m was “always Pak-Af, not Af-Pak”.
By Wajahat S Khan
Published: June 28, 2011
Tweet Email 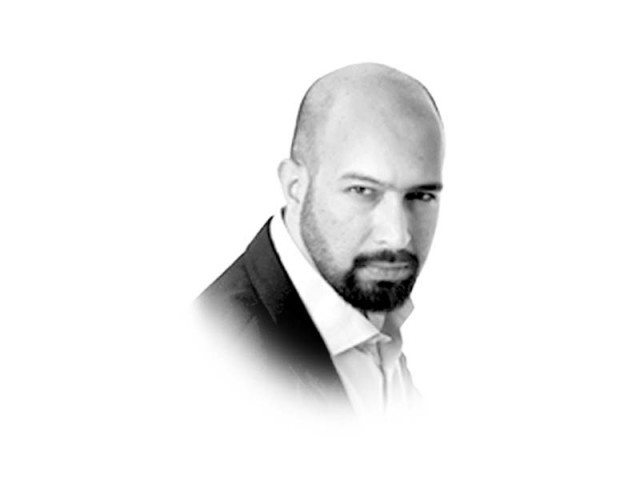 The writer is a Harvard Shorenstein Fellow in The Press, Politics & Public Policy at the Kennedy School of Government. He was also host of “TalkBack” on DawnNews wajahat.khan@tribune.com.pk

The narrative changes. Pakistan ranks up there with unemployment as far as Washingtonian irritants are concerned and America at large has had enough as well. Now, there is little space for green in the red, white and blue palette. No big aid package is being pipelined. No confidence-building is pending to bridge the trust deficit. In effect, there is no love. For the polity of the US, Pakistan is somewhere between the bi-poles of all-out/isolating sanctions and total/existential war. But you won’t hear that in The New York Times. Or from Admiral Mullen when he calls to say goodbye to General Kayani. Not even from Ambassador Cameron Munter at one of his formally informal soirees.

Instead, you will hear this new narrative, and more, at Harvard — the lyceum of America’s Establishment. Not the khaki-wearing, nuke-trading, push-up pumping Establishment that you’re used to. Rather, the quantifying and qualifying, cost-benefit analysing, discourse and debate driven, bottomline-is-supreme thinkers of America’s elite. For many blue-bloods here in Cambridge, Massachusetts — the mecca of puritan tradition and progressive thought — giving Pakistan a helpful transfusion is up there with sipping tea with the Tea Party: Not On. Simply, Pakistan is running out of reputational fuel and even American liberals — the Academy — want it to switch to alternative sources of energy.

Why is this important? Because Americans debate their policies: Not just in mess halls and on golf courses, but also in lecture rooms and auditoriums. And Harvard is the citadel of America’s discussion. Senators and congressmen, generals and journalists, all visit here to sell or retool their ideas. Being here is witnessing brain surgeons operate on the American political mind: Skulls of wisdom are drilled, membranes of reason are pierced, tumours of myth are extracted and new policies are stitched up. It’s a beautiful procedure and it’s called discursive democracy. Understanding the academic policy-debate mechanism is critical for understanding America, while tracking the changes in its direction: A feat Pakistanis need to accomplish, and fast.

I witnessed this new Pakistan narrative unfold over the last few months. Graham Allison, the man who — besides advising governments — dominates security discourse at the Kennedy School of Government, maintains that the problem was “always Pak-Af, not Af-Pak”. Weeks before the OBL debacle, General Ray Odierno, known in this country as the liberator of Iraq, made an even more focused assessment about our de facto/four-star head-of-state: That it took the US “a while” to realise that “General Kayani will do what’s good for him”, and thus, America will treat him “accordingly”. Days before the SEALs rappelled into Abbottabad, another US army general addressed military officers here and warned that with the “endgame heating up, the Af-Pak Theater will swing, and the Pakistanis, of all folks, won’t like it”.

That, ladies and gentlemen, is a sea change. And it started months before President Obama’s 1/5/11 speech. Meanwhile, many Pakistanis here remained in denial. An email exchange between a couple of Pakistani professors, some Pakistani students and myself (about an over-bloated issue: The design of a poster for a student-organised seminar that questioned “The Unraveling Republic of Pakistan?”) led to the following verdict by the junior (Pakistani)professor, who obviously fancied himself as a graphic designer:

“We feel it would be more interesting to juxtapose images of the army and mullahs with girl children (sic) in school and it is important to portray less violent images of Pakistan. The big picture in our view should be girl children (sic) in schools… and you can have smaller pictures of the military and the mullahs that are juxtaposed against the big picture. This would be a better rendering of Pakistan’s complex struggles.”

This constructed ‘rendering’ — a dim attempt to stonewall the rising tide of anti-Pakistanism at America’s finest school, missed the larger point: That images of girls on a poster will not salvage Pakistan in the educated American mind. Brutally honest debate and frank policy discussions will.

Thus, from Harvard, with hate… For the narrow-minded.