Gambling on the East

Gambling on the East

For Pakist­an it only makes sense to abando­n the Americ­an ship
By Hussain Nadim
Published: May 15, 2019
Tweet Email 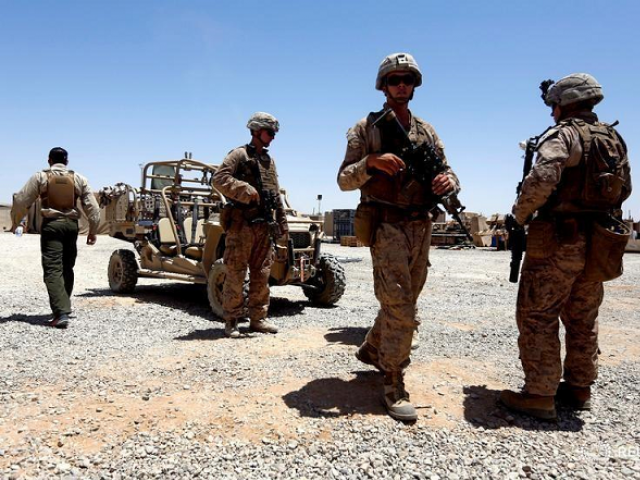 For Pakistan it only makes sense to abandon the American ship. PHOTO: FILE

The phrase ‘It’s bad to be enemies of the US, worse to be its friend’, lies at the crux of the Pakistani security establishment’s view of the US. Despite such a view, the US has been Pakistan’s preferred partner especially when it comes to security and military assistance.

Recently, however, that has started to shift. This is partly because of the cost of alliance with the US in the War on Terror and persistent threats Pakistan faces in terms of security and economic sanctions. This is also because of changes in the global power parity — the rise of China and resurgence of Russia contesting the US hegemony that has provided Pakistan an alternate.

Underneath this move is Pakistan’s ideological mindset based on its placement in the global power index. In 70 years of its relations with the US, Pakistan has learnt to use its position of weakness to exert power in relation to a stronger country like the US.

This has been Pakistan’s key strategy with the US in the war in Afghanistan.

This American dependency on Pakistan allowed the Pakistani security establishment to modernise Pakistan’s defences in terms of receiving new technology and military trainings. While the US described this as Pakistan playing a “double game” in the War on Terror; for Pakistan, this was the only game it could play to ensure its survival in the war.

Another form of survival for Pakistan has been to join the new Eastern bloc that is fighting the US hegemony. The opening up with Russia and intensifying relations with China, therefore, is part of this strategy to ensure that the relations with the US are balanced out. This was done by raising the Chinese stakes in the country. By completely opening up Pakistan to the Chinese strategic and economic interest, Pakistan has essentially taken the protection of China in the face of the American threat. Similarly, by having joint military exercises with Russia and receiving trainings from the Russian forces, Pakistan is diversifying its options, which is unprecedented in its history.

Another key factor that is driving this shift in Pakistan’s foreign policy is how the Pakistani security establishment views the emerging global order. For Pakistan, the Chinese model of economic growth and Russian model of maintaining power equilibrium with the US is inspiring.

For Pakistan it only makes sense to abandon the American ship that has been costly to Pakistan and instead partner closely with the regional countries. There is further motivation to do so because the US and India are forging closer alliance against China, that gives Pakistan a deeper motivation to revise its foreign policy alliances and rely on China and Russia for its security support.

There is also a very acute domestic angle to this tilt towards Russia and China. Pakistan has been recently under tremendous pressure from the US on issue of democracy, human rights, freedom of the press and support of militant activities in the region. Pakistani security policy community views these pressures as part of the US imperial project to keep Pakistan under its influence and hegemony. This sentiment resonates across the military and intelligence institutions that view American pressure on Pakistan on democracy and human rights as politically charged and agenda laden.

In times to come, for Pakistan, the key is how it will do the balancing act with Russia and China on the one end of the power bloc and the US and other Western countries on the other side. The greater challenge, however, will be to maintain domestic liberties, freedom and democracy at a time when there will be a little reason to do so. It will be a Cold War all over again, hope it plays out differently for Pakistan.