‘No hard feelings towards anyone’, Aasia Bibi's daughter gives farewell message to nation

‘No hard feelings towards anyone’, Aasia Bibi's daughter gives farewell message to nation 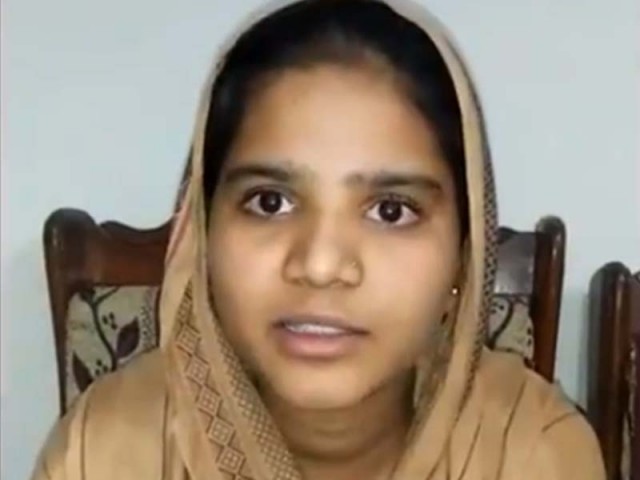 Aasia Bibi's dauther says, "Thank you to everyone who stood by us in our time of need." SCREENGRAB

With Aasia Bibi having left Pakistan for Canada, her daughter has said that the Masih family has no resentment towards anyone on their departure.

The Christian woman, a blasphemy accused who was acquitted by the Supreme Court on October 31 last year, left the country, according to the Foreign Office sources.

In a video message shared on social media by Shaan Taseer, the son of slain Punjab governor Salman Taseer, Aasia’s daughter said: “With a heavy heart we say goodbye to Pakistan.”

She added that her family is grateful to all those who helped them. “Thank you to everyone who stood by us in our time of need.”

The daughter also said that the love of the people of Pakistan shall always remain in their hearts. “We have no misgivings with anyone.”

Saiful Malook, Aasia’s lawyer, also confirmed that she had left the country and had already reached Canada.

The British-Pakistani Christian Association said in a statement that they had “received confirmation from a British diplomat that Aasia had safely exited Pakistan”.

Last year, the apex court had acquitted Aasia while setting aside an earlier judgement passed by the Lahore High Court (LHC). She was accused of blasphemy in 2010 and sentenced to death.

A message of farewell to Pakistan from #Aasia's daughter. No regrets, no bitterness. Love to all.
Pakistan Zindabad pic.twitter.com/PKWR8MFrqr