Pakistan re-elected as member of UN Economic and Social Council

Pakistan re-elected as member of UN Economic and Social Council

Secure­s 48 votes in the 54-member counci­l in a secret ballot­ing
By News Desk
Published: May 8, 2019
Tweet Email 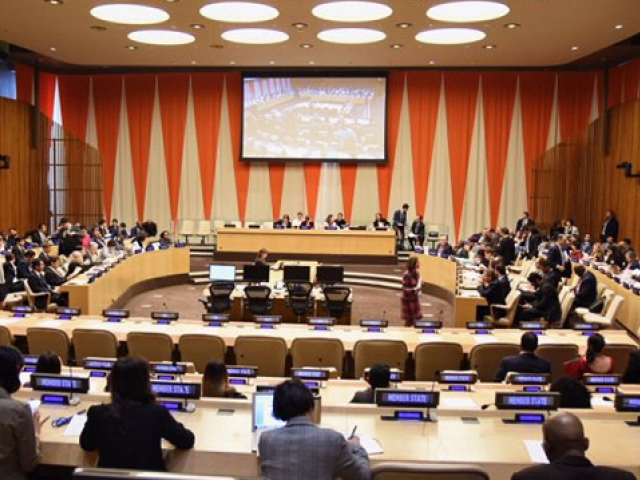 With the highest number of votes in the bag, Pakistan was re-elected as a member of the United Nations Economic and Social Council (UNECOSOC) on Wednesday, Radio Pakistan reported.

The country’s Representative to the United Nations Dr Maleeha Lodhi said Pakistan secured 48 votes, in the 54-member council in a secret ballot, to retain its seat on the 18-member Commission on Narcotic Drugs for a term of four years.

She added that Pakistan has been consistent in assisting the UN in supervising the application of international drug control treaties and has been serving the commission continuously since 2008.

Dr Maleeha said that the re-election is the recognition given to the country for its contribution to the United Nations’ work.

Pakistan’s four-year term is scheduled to begin from January 1st, 2020.

Rumpus in NA after PM leaves without a word