In Karachi, fire in store causes losses worth millions

In Karachi, fire in store causes losses worth millions

The goods stored in baseme­nt were comple­tely burnt
By Our Correspondent
Published: May 8, 2019
Tweet Email 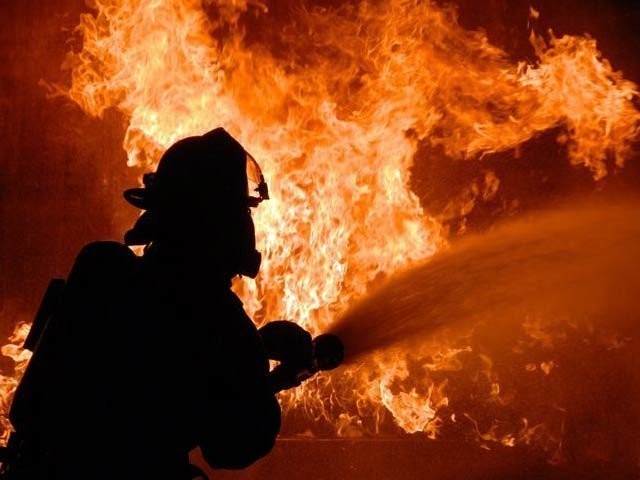 The goods stored in basement were completely burnt. PHOTO: FILE

KARACHI: A departmental store near Munawar Chowrangi in Gulistan-e-Jauhar caught fire on Tuesday morning. After three hours of struggle, the fire brigade managed to extinguish the fire. The cooling process, however, continued for hours.

The fire broke out in the store’s basement. The security guards informed the authorities about the fire when they noticed the smoke.

Gulistan-e-Jauhar Police Station SHO Shakeel Sherwani said that they were informed about the incident at 10am after which, the police and rescue services reached the site. Fire tenders were immediately called and a rescue operation was launched.

Since there was no alternative entrance to the basement, the fire officials tore down the walls. They began extinguishing the fire with water but the fire tenders ran out of water. Water tankers were called after which, the fire department resumed the operation.

The fire was extinguished two and a half hours later. The goods stored in basement were completely burnt.

SHO Sherwani said that the fire was most probably caused by a short circuit in the store’s basement, however, the actual cause would be determined after investigations.

Misuse of public money: Workshop or summer trip to a resort town?