There should be no compen­sation for moon sighti­ng, says minist­er
By News Desk
Published: May 6, 2019
Tweet Email 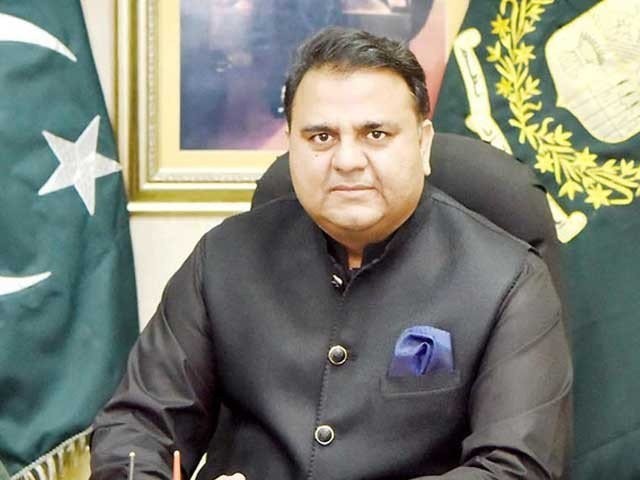 There should be no compensation for moon sighting, says minister. PHOTO: EXPRESS

Federal Minister for Science and Technology has said that it is unwise to spend Rs4 million for sighting the crescent, Express News reported.

Fawad stated that he respects religious clerics; however, such issues are decided voluntarily.

“I have given my opinion, it’s not necessary that everyone has to agree with me, however there is no wisdom in spending around Rs4 million.”

There should be no compensation for moon sighting, said Fawad.

Ruet-e-Hilal committee members should sight the crescent voluntarily, all knowledgeable clerics are in favour of my opinion.

Science and technology should be deployed to search for the crescent. If a ten year calendar is made, then unnecessary expenditures can be saved.

The Ruet-e-Hilal Committee took strong exception to Fawad Chaudhry’s statement about the role of religious scholars in sighting of the moon and the creation of Pakistan on Sunday.

Chairman Mufti Muneebur Rehman asked Prime Minister Imran Khan to ‘rein in’ his ministers after the federal minister for science and technology launched a verbal attack on Islamic clerics, accusing them of making lunar sighting for Islamic months a controversial affair every year as well as opposing the creation of Pakistan.

“Fawad Chaudhry’s statement against the opposition is his personal matter, but he should exercise restraint while commenting on religious scholars and not misquote history,” he said. “Who knows … one of them might also have a role in your [Fawad] appointment.”

He urged the prime minister to control his ‘passionate’ ministers, who “lack knowledge about the system”.

On Fawad’s remarks on social media that clerics had opposed the creation of Pakistan, Mufti Muneeb said, “The history bears witness to immense sacrifices rendered by Ulema during the freedom movement. It is not appropriate to cite the role of a few Ulema only to criticise others.

“Fawad has a habit of making baseless claims to gain popularity. One must take caution while commenting on Ulema,” said the Ruet-e-Hilal committee chairman, adding that those who are not aware of the system must know that people from Suparco are also members of the moon-sighting committee.

“Our announcements regarding moon have never been wrong. Everyone bears witness when the moon is sighted. If you are fond of making a lunar calendar, then go ahead and make a calendar of 100 years instead of just 10.”

‘I was surprised by the question’: New Zealand PM Ardern talks about wedding proposal