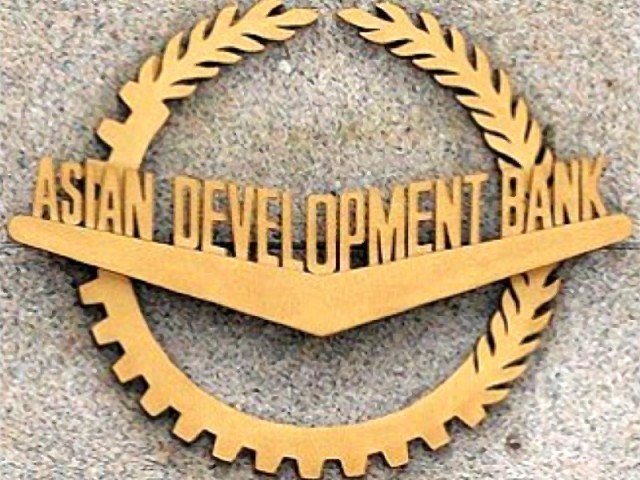 NADI, FIJI: Even with Pakistan’s continually ballooning twin deficit, experts believe there is a silver lining for economic growth, which may soar by the end of Pakistan Tehreek-e-Insaf (PTI) government’s tenure.

The opinion is that a high growth rate seems fairly achievable, however, sustaining the level is the real challenge.

“At the end of the five-year election period (of the PTI government), we may look at 5-6% or even 7% growth (in GDP),” said Asian Development Bank (ADB) Director General for Central and West Asia Department Werner Liepach on the sidelines of the 52nd ADB Annual Meeting.

Liepach, who is also the former country director for Pakistan, gave an optimistic outlook on the country’s economy. He told The Express Tribune that the country first needs to reach an optimum level and then sustain it.

Pakistan’s growth rate is highly volatile as it increased from 4.6% in 2016 to 5.4% in 2017 and has started following a negative trend again with 5.2% growth rate in 2018, said the official, adding that it is expected to fall further below 4% level in FY19. Highlighting the country’s unstable economic growth, the ADB director general said Pakistan’s economy is volatile as it keeps going up and down.

ADB estimates Pakistan’s growth to slow down to 3.9%

However, he was of the view that the country can push it up again. Citing an example of Asian countries, he said Central Asia is one of the most dynamic regions of the world and everybody around Pakistan is growing. Regions including Central Asia, China, India and Middle East are also growing at a fast pace, Liepach remarked.

“I see no reason why Pakistan should not grow at the same pace as its neighbours as it is a very dynamic region.” Pakistan posted a growth rate of 5.8% in the previous fiscal year, which although was later officially revised downward to 5.2%, was the highest growth rate in 13 years. Considering this, it is not far-fetched to think that Pakistan may achieve growth of over 6%, but the challenge is in maintaining that level.

Liepach said that during the tenure of the previous government, economy did near the 6%-mark, but the problem occurred when it dropped again.

Another ADB official present on the occasion, conceded to the volatility of the country’s growth rate saying, “Every time Pakistan tries to go over 5-6%, it runs into a balance of payments problem, as it needs to import machinery and other things to grow.”

He said that the only sustainable way of maintaining a high growth rate is by avoiding falling into balance of payments problems and going back to the International Monetary Fund (IMF), which is happening again now.

Liepach was of the view that IMF is not to be blamed for Pakistan’s repeated visits, but the country is in a habit of blaming the Washington-based agency for its repeated visits.

“Pakistan blames IMF for its repeated visits to the lending agency. It has always done that and this is what it loves to do.”

He further said that it was only this once that Islamabad managed to push a programme through all the way, as normally it abandons the programme halfway and then goes back again.

“If Pakistan had followed through on most of the programmes, they would not have needed to go to the IMF right now,” the director general stated. In order to avoid returning to IMF for a bailout package and to control balance of payments deficit, there was a need to build up exports and earn enough dollars for sustainable imports, the official stated.

He said that this was really a fundamental issue Pakistan is facing, which is why the IMF programme is also going on right now.

The former country director said the business environment of Pakistan is not really that conducive, considering the energy shortages, unskilled labour issues, international agreements that give preferential access to markets, at least at par with other countries.

“A well-functioning export finance system would be helpful, so there are a couple of things that need to be addressed,” he remarked.

Even after a massive devaluation of the Pakistani rupee against the greenback by 33% since December 2017, exports have seen only a flat growth so far, which does not even make up 0.1% of the export growth.

ADB says it will not finance CPEC projects

Liepach said, “You have to pay a lot of taxes on your imports, which of course hampers the export competitiveness as well. It is naïve to say exports will go up because of the exchange rate, as it is not one dimensional.”

In this regard, the ADB claims to support the government and the reforms. “We are now preparing a new programme for $500 million that we would like to present to our board, perhaps in July. It would support export competitiveness in Pakistan. It will also particularly look at tax and duty rationalisation.”

Moreover, the ADB Chief Economist Yasuyuki Sawada also laid down his views regarding the impact of IMF on Pakistan’s economy.

He told The Express Tribune that the IMF’s programme can create some distributional consequences for the lower-income group of the country. “Of course, IMF and the government should really care about the consequences on lower-income population,” Sawada said.

However, at the same time, a medium-term stabilisation of the economy is also quite important, he commented. “We’re all aware of this potential issue. We care about macroeconomic stabilisation but also keep poverty reduction trend as before,” stated the ADB chief economist.