Iran's Rouhani urges unity in face of US 'war on hope'

Iran's Rouhani urges unity in face of US 'war on hope' 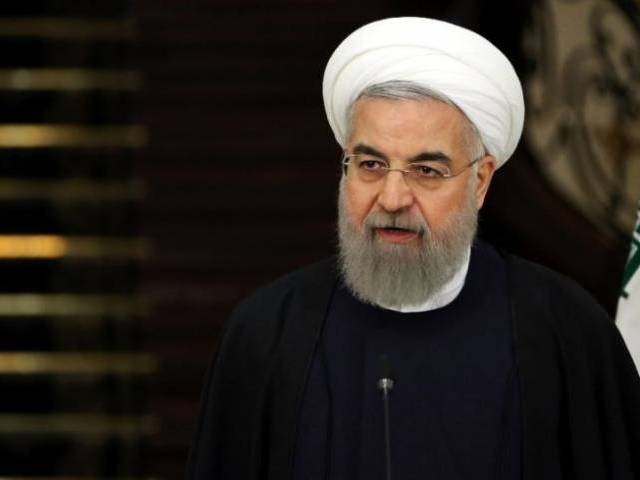 TEHRAN: Iranian President Hassan Rouhani on Saturday called for the country to “resist and unite” against US pressure in what he called a “war on hope” waged against the Islamic republic.

It is almost a year since President Donald Trump reimposed crippling US sanctions after exiting a landmark nuclear agreement between major powers and Iran.

“America will only let go of this game when it realises it cannot achieve anything. We have no way but to resist and unite,” Rouhani said in a televised speech.

Iran’s economy has been battered since sanctions returned. Inflation has shot up, its currency has plummeted and imports are now vastly more expensive.

“Our war today is the war on hope. They want to break our hope, and we have to break their hope” of defeating Iran, said Rouhani.

Iran’s oil exports to slide in May, but not to zero

“They want to cut our foreign currency supply … they seek to sow discord in the country. They want us to be divided, to stand against each other,” he added.

Rouhani has vowed that Iran will continue to supply oil to its major customers despite the unilateral measures adopted by the United States.