Iran's oil exports to slide in May, but not to zero

Iran's oil exports to slide in May, but not to zero 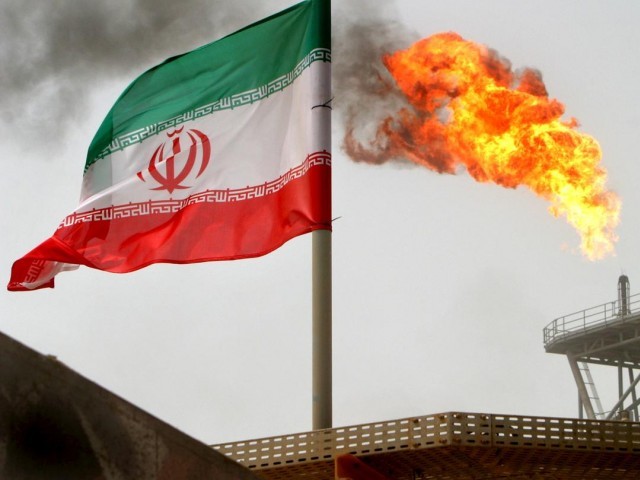 LONDON: Iranian oil exports will slide in May as the United States tightens the screws on Tehran’s main source of income, industry sources said, deepening global supply losses caused by US sanctions on Venezuela and OPEC-led cuts.

The US reimposed sanctions on Iran in November after pulling out of a 2015 nuclear accord between Tehran and six world powers. Those sanctions have already more than halved Iranian oil exports to 1 million barrels per day (bpd) or less.

Washington, aiming to cut Iran’s sales to zero, said all sanctions waivers for those importing Iranian oil would end this week. Iran says this will not happen, although its officials are bracing for a drop in supplies.

Iran would likely be able to maintain some shipments for debt repayment to China and India, and into storage in China, analyst Sara Vakhshouri said.

“It’s important to note that zero oil sales in May doesn’t mean that there will not be oil deliveries to China or India in the month,” she said. “In total, Iran can export between 200,000 and 550,000 barrels, of which not all is sold.”

Analysts at Energy Aspects expect a drop in Iranian shipments to around 600,000 bpd from May onwards.

Iran exported between 1.02 million and 1.30 million bpd of crude and condensate in April, Refinitiv Eikon and Kpler, a company that tracks oil flows, estimate.