72 media worker­s have lost their lives in the line of duty since 2002
By Wisal Yousafzai
Published: May 3, 2019
Tweet Email 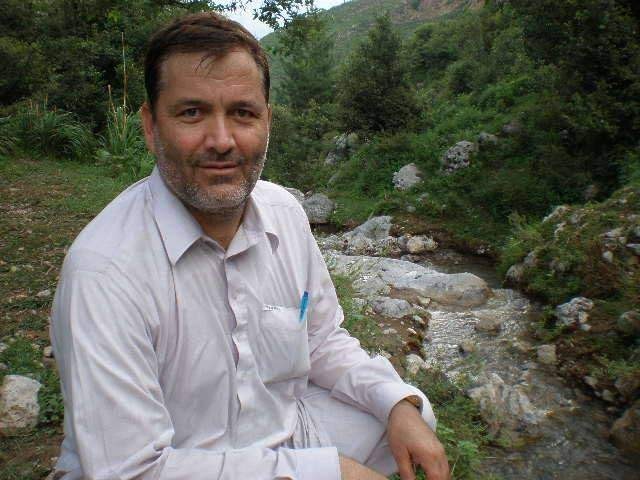 PESHAWAR: “We could not even see the dead body of our beloved father as it had been charred beyond recognition. Despite having our ancestral cemetery in the border area of the Khyber tribal area, we had to bury our father’s body in Peshawar due to the fear of the desecration of his grave.”

These were the heart-wrenching words of Ahsaan Ullah, the son of the slain journalist Nasrullah Khan Afridi from the Khyber tribal area.

Ahsaan Ullah spoke while recalling the tragic demise of his father on the occasion of the World Press Freedom Day – a day that serves as a reminder of the pain and grief that his family has endured.

On the fateful day of May 10, 2011, Nasrullah Khan Afridi was killed in broad daylight after an explosive device detonated in his car.

Ahsaan adds that at the time of his father’s death, he was a final-year college student. Being the eldest son, he had to bear the financial responsibility of his family.

Apart from taking care of his two sisters and a brother – all of whom are disabled – he also had to provide emotional support to his aggrieved mother, who has been unable to erase the tragic death of her husband from her mind to date. 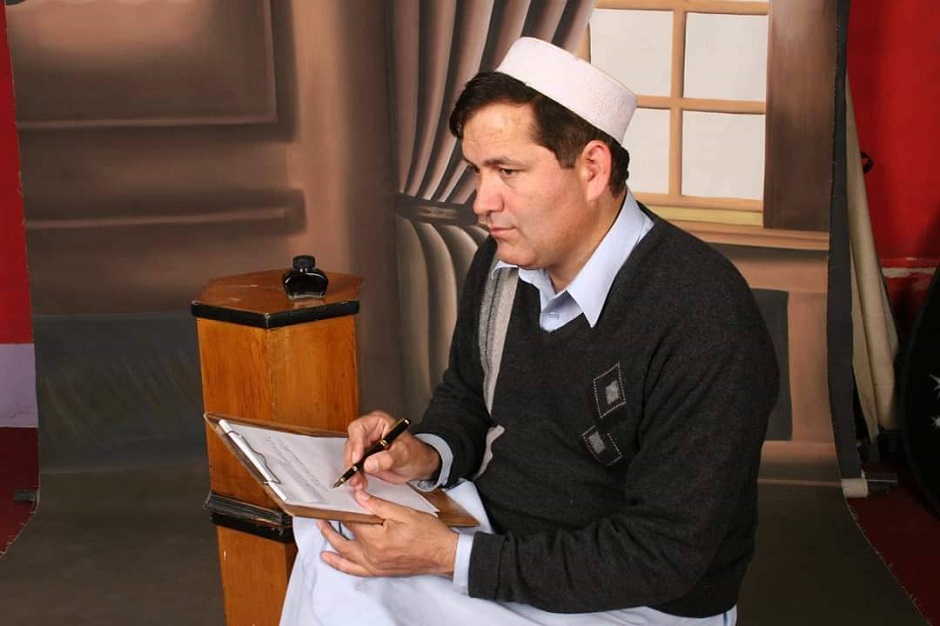 The demand for justice

Following the tragedy, many organisations provided compensation money to Ahsaan and his family and a UK-based NGO took care of his educational expenses.

“The sacrifice of my father, who lost his life in the line of duty, was recognised by the Pakistan Army as his picture was also included in the list of martyrs in the GHQ,” Ahsaan said. “However, I still demand justice and want the authorities to arrest the killers of my father and punish them,” he stressed.

Islam Gul Afridi, another journalist hailing from the Khyber District, that Nasrullah was associated with a local newspaper and was receiving threats from a militants group operating from the erstwhile Khyber Agency. In 2007, militants abducted Nasrullah but he was later released after a tribal Jirga convinced the militant group that he will not write against them.

“In the attack, Nasrullah’s body and car were completely burnt. During their first investigation, the police said that the blast had occurred because of a faulty car cylinder but after probing the matter further, they accepted that some explosive material was planted in Nasrullah’s car,” Islam Gul said. “Consequently, an FIR against unknown criminals was registered by the police.”

Recalling the tragic incident, Senior Vice President of Pakistan Federal Union of Journalist (PFUJ) Shamim Shahid said that he witnessed the blast that killed Nasrullah with his own eyes.

“A story related to the Khyber Agency was published in a Peshawar-based Urdu newspaper, but since it was related to Khyber Agency, the newspaper used Nasrullah’s byline. After that, he started receiving death threats,” Shamim added. “The perpetrators finally succeeded and Nasrullah had to pay the price for being in the profession.”

Shamim informed The Express Tribune that after Nasrullah’s murder, journalists in Peshawar and the tribal district staged protests but no action was taken and the case was sidelined.

He lamented that since 9/11, journalists in the former FATA as well as in Khyber-Pakhtunkhwa are not safe and have become a soft target for militants.

According to research by Pakistan Press Foundation (PPF), 72 journalists and media workers have lost their lives in the line of duty since 2002. Of these, 47 have been deliberately targeted and murdered for practicing their profession, while others were killed while covering dangerous assignments. 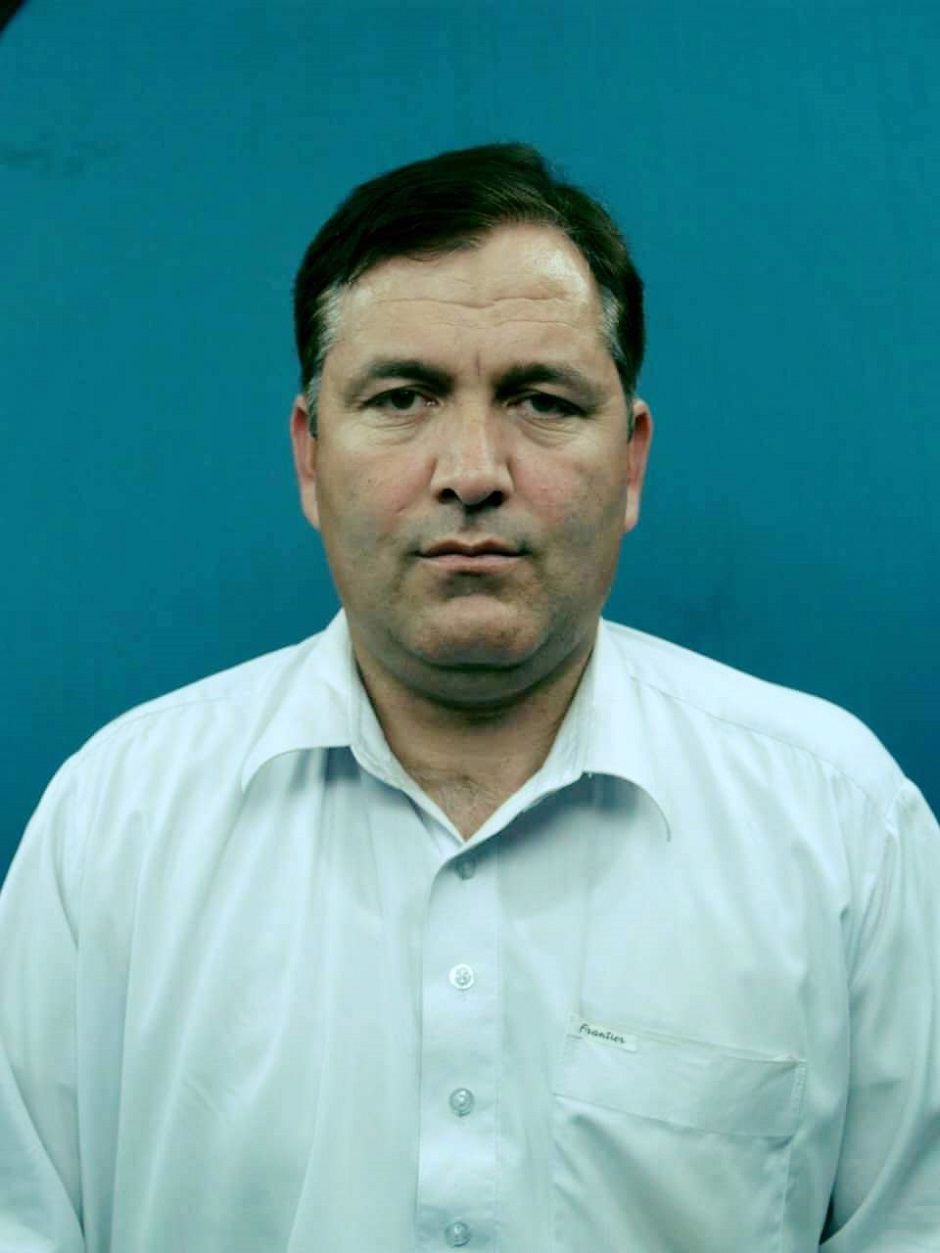 According to Pakistan Press Foundation (PPF), so far, only five persons involved in the killing of journalists have been convicted by courts, including the man accused of killing Ayub Khan Khattak, a journalist from district Karak of Khyber-Pakhtunkhwa.

In the case of Wali Khan Babar, who was gunned down on January 11, 2011, two accused were sentenced to death and four received life imprisonment on March 01, 2014. They have, however, filed appeals to the Sindh High Court to challenge the verdict.

The killer of Abdul Razzaq Jaura, a journalist from Mianwali city of Punjab, was sentenced to life imprisonment, however, the criminal was acquitted after an appeal. In the case of slain journalist Nisar Ahmad Solangi from Sindh, the session court awarded 25 years of imprisonment to three people accused of his murder.

As for Daniel Pearl, foreign correspondent of The Wall Street Journal, who was murdered in Karachi on February 21 2002, the accused was sentenced to death the same year, while three other suspects were sentenced to life imprisonment and fined Rs.500, 000 each. As of July 2002, all the convicts filed an appeal to the Sindh High Court against their convictions by the Anti-Terrorism Court (ATC) but their appeals are yet to be heard.

Islam Gul Afridi added after 9/11, the responsibility of covering the world’s most important news stories from the conflict zone fell on the shoulders of FATA journalists who were never ready for such risky assignments.

Before the incident of 9/11, journalists of FATA used to cover routine news but the situation changed after the US invasion of Afghanistan, as militants groups emerged with different names. Prominent groups included the Tehreek-e-Taliban and Lashkar-e-Islam, among many others.

“At the time, local journalists did not have the necessary skills to balance their stories. When there was an encounter between the militants and other stakeholders, each side would claim to kill their rivals,” Islam Gul explained. “Neither side wanted journalists to publish news which was against their agenda. And if journalists published something, they would receive death threats.”

The plight of tribal journalists

Detailing the situation, Islam Gul Afridi further said that owing to the looming dangers, many journalists migrated to other cities of Pakistan. He added that in the tribal district, there was no organised union of tribal journalists to work for the protection of reporters in the area. Although FATA is now part of Khyber-Pakhtunkhwa, the unions are still not functional in the tribal district.

“The FATA Secretariat is working on the development of the district, but no steps have been taken to protect journalists,” he said. “As a result, journalists who want to work on investigative stories undergo great difficulty in getting information and many faces many hurdles like obtaining clearance at security check posts. As a result, they are, sometimes, not given permission to cover a story.”

However, the executive director of Freedom Network, Iqbal Khattak, told The Express Tribune that in 2014, UN Plan of Action on the Safety of Journalists and the Issue of Impunity launched some pilot projects for to provide safety to journalists in five countries, including Pakistan.

Khyber Pakhtunkhwa Minister for Information Shaukat Yousafzai added that in the past, many journalists were targeted and it is only because of their sacrifices that the press is independent today.

“The sacrifices of the journalists will never be forgotten,” Yousafzai said.

Speaking on the issue, Gulberg Police Station official Bahar Ullah said that an FIR was lodged in the case of Nasrullah Afridi but no one was arrested and the ATC has sidelined the case.

Nasrullah’s son, however, is hopeful that justice will be served.

“I hope that a day will come when criminals who murdered my father will be brought to justice because I believe that Allah is a true provider of justice,” Ahsaan concluded.