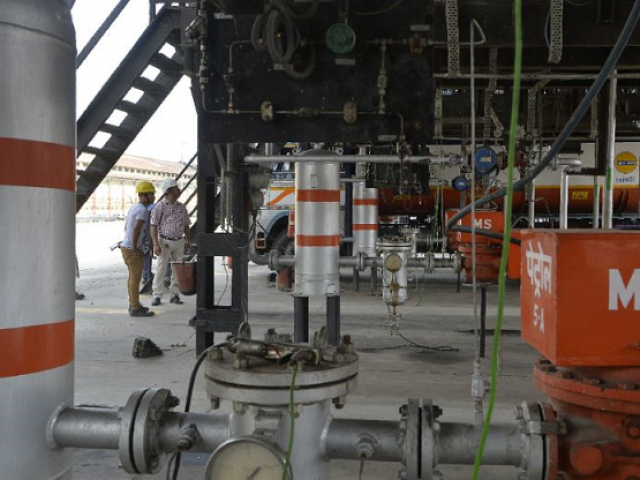 MUMBAI: The end on Thursday of US sanctions waivers for purchases of Iranian oil is likely to hit India’s economy hard, increasing fuel costs and quickening inflation, analysts say.

Last May, President Donald Trump withdrew Washington from the 2015 Iran nuclear deal with world powers that had given Tehran sanctions relief in exchange for curbs on its nuclear programme.

The United States reimposed oil sanctions on Iran in November but initially gave eight countries – including India and several other US allies – six-month reprieves.

Washington announced last week that the waivers, which have also benefited China and Turkey, would expire on May 2.

“US sanctions on Iran is a double whammy for India after the Venezuelan sanctions,” said Vandana Hari, founder of Vanda Insights, a global energy markets portal.

“It will have to pay more for imports and face higher foreign exchange outflows,” she told AFP.

India – Asia’s third-largest economy – imports over 80 percent of its crude oil requirements which leave it vulnerable to oil price surges.

A barrel of crude recently hit a six-month high of $75 due to America’s sanctions on Iran and Venezuela.

India buys mostly from Saudi Arabia but has a long history of purchasing Iranian crude.

New Delhi announced last month that it would acquire additional supplies from elsewhere but analysts say it won’t be able to fill the gap left by Iran.

“No one is going to give charity to India in the oil market. Even Saudi Arabia has no plans to replace Iranian crude in the global market,” Madhu Nainan, editor of PetroWatch, told AFP.

Oil is paid for in dollars and soaring crude prices puts pressure on India’s rupee.

Iran to keep exporting crude oil despite US pressure: Rouhani

Any surge in inflation sparked by the end of the sanctions waivers would make it hard for the Reserve Bank of India to cut again at its next meeting in June.

India is busy with a mammoth general election and analysts say whoever forms the next government – Narendra Modi’s Bharatiya Janata Party or Rahul Gandhi’s Congress – will have to come up with a long-term solution for its oil needs.

“The Indian government needs to send a message to Washington that it understands the need for sanctions but also to press it to find a resolution to the problem,” said Hari.