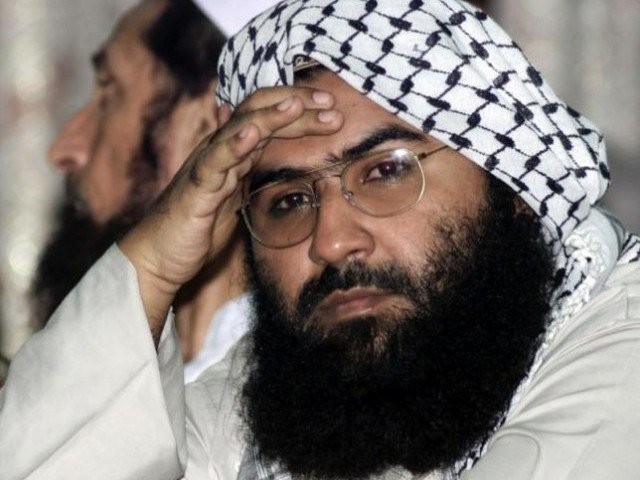 ISLAMABAD: Masood Azhar, the head of the banned Jaish-e-Muhammad (JeM), was designated a global terrorist by the UN Security Council (UNSC) on Wednesday after a long legal and political battle among the permanent members of the international body.

Since 2008, the US attempted four times to list Masood under the UNSC Resolution 1267, but every time its move was thwarted by China.

The latest resolution was moved soon after the Pulwama attack, which India claimed was carried out by the JeM. In March, China once again put a technical hold on the proposal seeking the designation of Masood as a global terrorist.

The Chinese move prompted the US to move a resolution against Masood in the UNSC while bypassing the procedure under which listing can only be carried out by the council’s sanctions committee.

Beijing has long opposed the listing of Masood on the ground that the process of designation of terrorists should not be political and sought consensus on the issue.

China resisted the listing of Masood at the request of Pakistan, which considered the move a political tool to equate the ongoing freedom struggle in Indian-occupied Kashmir (IOK) with terrorism.

Just hours before the listing of Masood, a senior Pakistani official explained as to why Pakistan and China finally withdrew its opposition.

The official, speaking on the condition of anonymity, informed a select group of journalists that India tried to link the listing of JeM chief with the Kashmir freedom struggle and certain Pakistani state institutions.

“Those were our two major objections,” the official added.

He said after Pakistan’s consistent position, which was advocated by China during the closed-door discussions, the US, the UK and France moved a fresh bid on April 29 to designate Masood a global terrorist.

In the latest bid, Pakistan was able to convince the UNSC members to delink the listing of Masood from the Kashmir freedom movement. “That was a major diplomatic victory,” the official insisted.

@The official said Pakistan never wanted the designation of Masood to be used as a political tool to undermine the Kashmiris’ legitimate freedom struggle.

Diplomatic sources confirmed that Pakistan and China held extensive discussions before making a decision on the Masood issue. It is believed that the breakthrough came during the recent visit of Prime Minister Imran Khan to China where both sides agreed to withdraw opposition to the latest move after realising that Islamabad’s concerns were addressed.

The listing of Masood means that he will now be facing a travel ban, assets freeze and arms embargo. However, the official made it clear that the listing does not mean the person should be detained. Another official claimed that authorities were unaware of his whereabouts.

The decision is nevertheless seen as paradigm shift in Pakistan’s approach. The official said the prime minister made a public commitment that Pakistan’s soil would not be used against any country.

Son of Masood Azhar among 44 arrested

However, he made it clear that Pakistan would go after these groups in a manner that the peace and security of the country was not affected.

The UN sanctions machinery is governed by rules, procedures and defined processes. The proposals for listing are examined, reviewed and acted upon, in line with specific, technical criteria. Technical holds, confidentiality provisions and consensus decision-making are part of the listing process.

The listing in question has been under consideration of the sanctions committee for almost a decade. Previous proposals did not meet the technical criteria as they included factors unrelated to the listing rules and were thus rejected.

The recent listing proposal was presented on the basis of considerations beyond the listing parameters. As a result, a technical hold was placed by China to bring it in line with the listing criteria.

“The current amended listing proposal was approved once politically-motivated attempts to link it with the Pulwama incident and the legitimate Kashmiri struggle for the realisation of the right to self-determination were removed,” read a statement issued by the Foreign Office.

It stated that Pakistan had always called for all countries to strictly comply with the listing rules and procedures and maintain the integrity of the UN sanctions regime. Pakistan has also underlined that leveraging UN sanctions regime to advance political objectives is counterproductive.

The statement reaffirmed Pakistan’s resolve to counter terrorism and underscored that no country in the world can match Pakistan’s efforts, achievements and sacrifices in the fight against terrorism.

Speaking to reporters in Islamabad, Foreign Office spokesperson Dr Muhammad Faisal said Pakistan maintained that terrorism was a menace to the world. “This includes the Indian state-sponsored terrorism against innocent Kashmiris in IOK, including the inhuman use of pellet guns and human shields, which find no parallel in the civilized world,” he added.

“Indian occupation forces continue to massacre Kashmiris, enjoying judicial immunity with impunity through draconian laws. We will continue to provide diplomatic, political and moral support to our Kashmiri brethren.”

Since January this year, the Pakistan government has accelerated the implementation of the National Action Plan against terrorism and extremism.

The plan includes a range of actions against UN proscribed entities and individuals. “Notwithstanding the challenges, progress is being made and further work will continue in line with national consensus and interest,” Faisal said.

The spokesperson said India tried to equate the Kashmir struggle with terrorism in the wake of recent Pulwama attack.

“Pakistan, however, successfully moved against it as India eventually had to delink the Masood’s issue with Kashmir.”

Faisal said the Indian media’s attempts to build a narrative claiming the development as a ‘victory’ for India and validation of its stance were thus absolutely false and baseless.

“Our position is in line with the statements of Prime Minister Khan who clearly stated that there is no space for any proscribed organisation or its affiliates to operate from Pakistani territory, our resolve for countering terrorism in all its forms and manifestations and our National Action Plan,” he explained.

Reacting to the development, China’s Foreign Ministry Spokesperson Geng Shuang said China had always believed that the relevant work should be carried out in an objective, unbiased and professional manner and based on solid evidence and consensus among all parties.

“Recently, relevant countries revised and re-submitted the materials for the listing proposal to the 1267 Committee. After careful study of the revised materials and taking into consideration the opinions of relevant parties concerned, China does not have objection to the listing proposal,” Shuang remarked during a weekly press briefing.

“The proper settlement of the above-mentioned issue again shows that in international counter-terrorism cooperation, we have to uphold the rules and procedures of relevant UN body, follow the principle of mutual respect, resolve differences and build consensus through dialogue, and prevent politicising technical issues,” he added.

Shuang also highlighted Pakistan’s counter-terrorism efforts, saying the country had made enormous contributions to fighting terrorism, which deserved the full recognition of the international community. “China will continue to firmly support Pakistan’s efforts to combat terrorist and extremist forces,” he added.