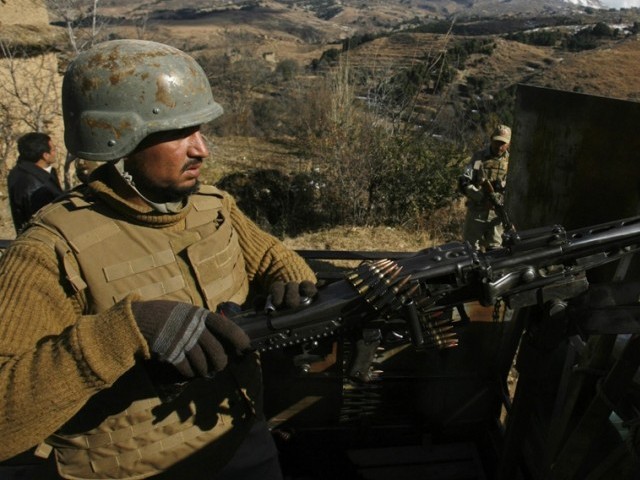 Three Pakistan Army soldiers were martyred and seven others injured in a terrorist attack along the Pak-Afghan border on Wednesday.

According to the Inter-Services Public Relation (ISPR), a group of 60 to 70 terrorists operating “from bases in Afghanistan” attacked Pakistani troops engaged in fencing operations along the border in Alwara, North Waziristan, .

“Attack effectively responded and repulsed by troops in area,” the ISPR said in a press release.

The military’s media wing also stated that scores of terrorists were killed and injured in the response.

“While Pakistan security forces are solidifying border security through fencing and construction of forts to deny liberty of action to the terrorists, Afghan security forces and authorities need to have more effective control in border region to support Pakistan’s efforts, as well as deny use of Afghan soil against Pakistan,” read the ISPR statement.

“Pakistan’s fencing effort shall continue despite all such impediments,” the military asserted.

Last month, the government approved allocation of Rs43.7 billion funds in the next fiscal year – 2019-20 – to enhance the capacity of both the civil armed forces and the armed forces in order to counter threats of terrorism and to stop entry of militants from the western border with Afghanistan.

In the ongoing financial year 2018-19, the government has, however, allocated Rs11.65 billion for the civil and armed forces deployed on the Afghanistan border.

Number of HIV cases in Larkana rises to 65