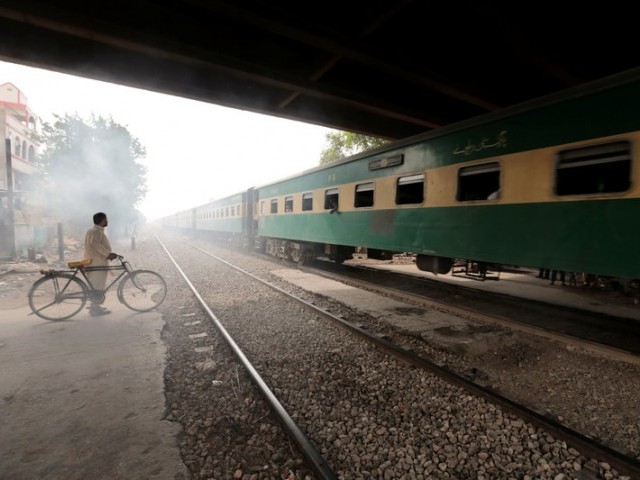 ISLAMABAD: Pakistan Railways’ deficit has crossed the Rs350 billion mark after the service dumped more than Rs36 billion down the drain last year, The Express Tribune has learned.

As much as Rs17 billion were lost during the first seven months of the current government’s tenure, highlighting that the Pakistan Tehreek-e-Insaf to has so far been unable to course correct the service in any meaningful way.

According to documents available with The Express Tribune, Pakistan Railways spent more than Rs86.2 billion last year while bringing in only Rs49.6 billion, incurring a deficit of Rs36.6 billion. A staggering Rs57.24 billion or 108 per cent of total revenue was spent just on staff salaries and pensions, the documents show. Another Rs14.68 billion were spent on oil while Rs6.5 billion were spent on maintenance of trains and over Rs7.5 billion on other administrative expenditures, pushing the overall deficit beyond Rs350 billion.

Pakistan Railways has long faced financial turmoil due to a lack of passenger coaches and cargo vans, a 150-year-old track network and excessive administrative expenditure that runs into billions of rupees. The service incurred a deficit of Rs210 billion over the last five-and-a-half years, bringing in only Rs188 billion while providing Rs230 billion worth of subsidies to passengers in the same period.

Although its financial performance has improved somewhat under the PTI, the service still incurred a deficit in excess of Rs2.5 billion a month during the current government’s tenure.

In comparison, the deficit during the first seven months of the current fiscal year between July to February stands at Rs17.5 billion.

In the past year, Pakistan Railway made revenues of Rs49.6 billion while the ministry of railways, after consultation with the finance division, set the target of Rs550 million for the current year.

In contrast, Pakistan Railways made a revenue of Rs33.39 billion during the first seven months of the current fiscal year, Rs25 million more than the revenue made for the same period last year.

According to reports, a continuous increase in the number of pensions has also contributed to the increasing deficit of Pakistan Railways. Pakistan Railway has over 119000 pensioners and over 73000 current staff.

About 66 per cent of the expenditures is incurred on account of salaries and pensions. The total expenditure for pensions for the current fiscal year would amount to Rs34 billion.

The former government had placed a restriction on new appointments in the wake of growing financial deficit. Consequently, over 22,000 jobs remain vacant in Pakistan Railways. The ratio per train for railway officers is 105.

The networking track of Pakistan Railway is 11,881 kilometers long, comprising of mainline – ML1 – ML2, ML3, and other smaller lines. The track between Karachi to Peshawar is 1872 kilometers long and known as ML1. The ML2 track extends between Kotri and Attock and is 1254 kilometer long while ML3 is a 967-kilometer railway track from where a total of 132 trains provide transportation facilities to over 45.5 million passengers.

According to documents, Pakistan Railways has 458 locomotives from which 321 are operational. In addition, 606 of the 1819 passenger coaches have also surpassed their useful life while about 10000 of the 16142 freight wagons are overage.