FAO offici­al says projec­t to be extend­ed to other distri­cts in next phase
By APP
Published: April 26, 2019
Tweet Email 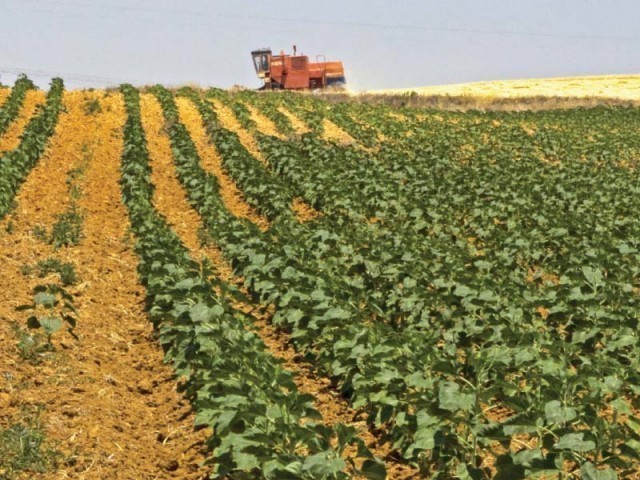 The Food and Agriculture Organisation (FAO) of the UN in collaboration with the Australian government provided the training to women from the districts of Nuhski, Chagai and Quetta.

The project began in April 2017 and concluded in March with the aim to economically empower the women of the province as well as address the malnutrition issues in women and children by involving a large majority of the population in economic and livelihood activities. In the next phase, the scope of the project will be extended to other districts of the province on the public-private partnership model, said a senior official of FAO.

He said women from 34 community organizations, 25 women agribusiness and value chain facilitators were trained in entrepreneurial skills. He said that the project was initiated with close coordination of Balochistan government’s department of agriculture and cooperative, in particular the female extension wing, and the department of livestock and dairy development.

Under the programme, he said the women were provided training about sheep fattening, wool spinning, dying and rug making. They were also given training about chick raising, egg production and seedling production.

Meanwhile, women from these districts were also trained for apricot processing (drying), ghee production and other milk products to enhance their farm income, which had significantly increased their profit ratio, he added. In order to overcome the issues of malnutrition, the FAO had also trained over 5,000 men and women hailing from six most under privileged districts of Balochistan to bring them in economic mainstream.

They were trained under AustraliaBalochistan Agri-Business Program (AusABBA) phase II, he added. He said that more than 3,069 men and 2,043 women from districts of Nushki, Kharan, Washuk, Panjgur, Ketch and Chagai benefited from the projects that had helped them to increase their income and to meet the household expenses.

These 5,000 beneficiaries were individual families and each family comprised of average seven to nine children and the outreach of the program had covered about 45,000 under nourished population by increasing their income and agriculture produces, she added.