No bird would ever be caged, if the world saw things the way one wildli­fe offici­al does
By Hafeez Tunio
Published: April 26, 2019
Tweet Email 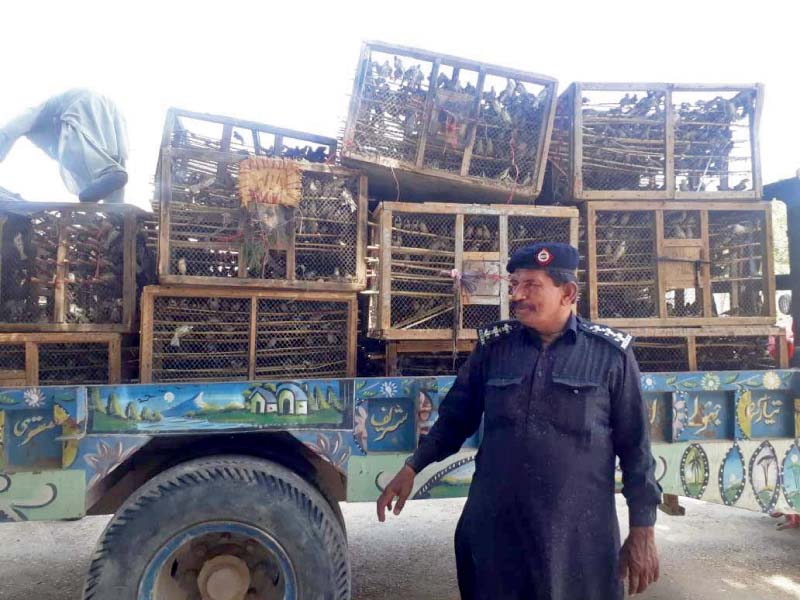 Over the course of his 36-year career, Sindh Wildlife Department Inspector Aijaz Ali Moodani has rescued millions of birds from poachers and trappers. PHOTO: EXPRESS

KARACHI: “Some birds are not meant to be caged,” Morgan Freeman’s character Red tells himself in the Oscar winning classic Shawshank Redemption. But no bird would ever be caged, if it were up to Sindh Wildlife Department Inspector Aijaz Ali Noondhani.

“He has become our hero of the month,” said Sindh Wildlife Conservator Javed Mahar about Noondhani, who freed more than 20,000 birds from captivity last year. “This month alone, he freed 4,933 birds,” Mahar said.

Currently posted in Hyderabad, Noondhani began working for the Wildlife Department in 1983. Over the course of his 36-year career, he has rescued 0.5 million birds from poachers and trappers and busted dozens of gangs involved in the illegal trade in Hyderabad, Jamshoro, Dadu and Badin, forcing them to pay as much as Rs4 million in compensation.

“I always feel lighter when I see trapped birds fly away from their cages,” Noondhani told The Express Tribune. “I free them not because it’s my job but because I believe it will reward me in the hereafter,” he said.

The birds he has released include sparrows, mynas, bee-eaters, red-wattled lapwings, yellow-browed warblers, wagtails, parrots and woodpeckers. “I have broken the official record when it comes to action against bird poachers and trappers,” he said. “Members of many big smuggling gangs I have busted now have cases registered against them.”

“A while back, I was tipped off about a container loaded with various bird species. I intercepted it near Sehwan and freed 14,000 birds in one go,” the wildlife official added. An FIR was lodged against those involved under the Sindh Wildlife Protection Act 1972.

His hard work, however, does not appear to have netted him many professional dividends. “I was promoted just once in my 36 years for this department,” said Noondhani. “I get minor rewards, but I deserve a long-pending promotion.”

Wildlife Conservator Mahar said he has taken up Moodani’s case on merit and that the inspector will be promoted to deputy superintendent shortly. “Now that I have taken charge of the department, I will reward officials who work with dedication,” he said.

In the meantime, Mahar added his department has now banned trapping, trade and transportation of birds and cancelled trapping permits issued to different people. “I have directed my officials to take action against those involved in this business,” he said, adding that people involved in trapping birds used different methods to confiscate them.  “They use nets and trenches filled with grain and water pots to attract birds. Nets are thrown over birds when they land in the trenches.”