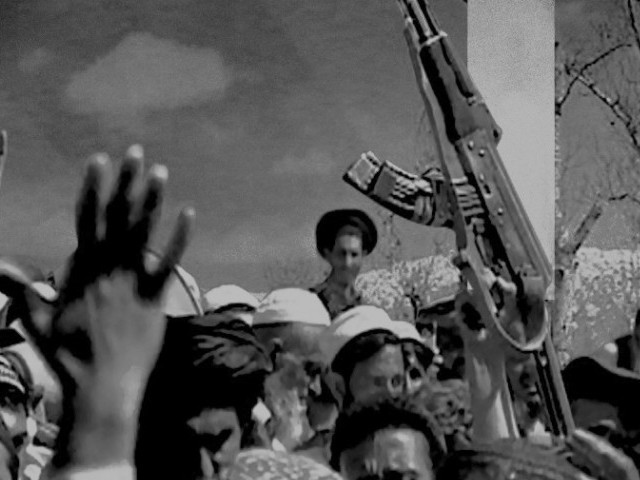 The tribesmen living on Pak-Afghan border in Lower Dir and Upper Dir have asked Afghan tribesmen to stop terrorists from entering Pakistan, or be ready to face dire consequences.

They expressed grief over the attack on Shahtalu checkpoint on June 1, which killed 28 police personnel and six local residents. “The jirga has asked the Afghan tribesmen to explain why they didn’t inform us about terrorists crossing into Pakistani territory,” said Malik Zafar, a local elder from Barawal village. “We have decided to protect our borders and fight all insurgents who attack our security forces and local residents,” he added.

He said that Barawal and other parts of Upper Dir remained safe during the militancy in Malakand Division due to strong opposition by local people in the area.

Muhammad Hanif, another local elder who attended the jirga, said the villagers had close ties with Afghan tribesmen, and their silence over the issue has been very disappointing for them. He said the elders have agreed to send a team to Afghanistan for talks with the tribesmen.

“We will send a delegation to have talks with Afghan tribesmen so that we can make a joint strategy to counter terrorism in the area, but we need the support of the government for this purpose,” he added.

The meeting also decided to make peace committees in every village to protect the region from insurgents. It also decided not to allow any foreigner to stay in tribal areas.

Upper Dir District Coordination Officer Ghulam Muhammad told The Express Tribune that the government needs continued local support to fight militants in the region. He said the locals have assured their support in fighting terrorism to maintain peace in the area.