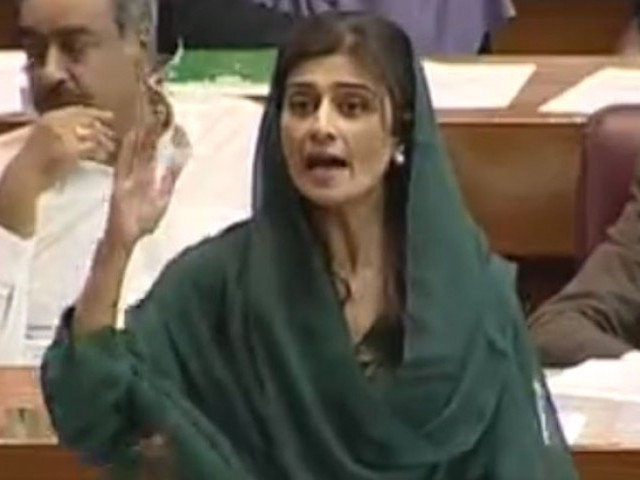 ISLAMABAD: Prime Minister Imran Khan came under blistering criticism from the opposition in the National Assembly on Tuesday for his statement in which the premier conceded that Pakistani soil had been used in the past by terrorists to carry out attacks in Iran.

The proceedings of the House, chaired by Deputy Speaker Qasim Suri, were marred by a vociferous anti-government protest by the Pakistan Peoples Party (PPP) MNAs while lawmakers of the Pakistan Tehreek-e-Insaf (PTI) were hitting back with allegations of their own.

At the start of the proceedings, Pakistan Muslim League-Nawaz (PML-N) MNA Khurram Dastagir sought an explanation for the prime minister’s remarks.

“The statement has jeopardised national security. We demand to know how the prime minister’s admission serves the interests of the country,” he said.

The PML-N MNA recalled that the prime minister had made similar disclosures during an interview with a foreign publication in the past.

He alleged that the premier had earlier conceded that Pakistan had created militant outfits.

“Such statements have put Pakistan on the back foot in the world,” he maintained.

Dastagir noted that the prime minister had recently stated that Indian Prime Minister Narendra Modi’s re-election could help in moving towards a settlement over occupied Kashmir.

He added that that the premier had also said at a public gathering that he could shake hands with Modi, but not with the opposition.

The PML-N MNA maintained that the prime minister’s “diplomatic blunders” were detrimental to the interests of the country.

He said the opposition was not accusing Imran of being a “traitor” and a “friend of Modi” but wanted him to give an explanation before the House.

“Our prime minister stood beside the Iranian president and said that our soil was being used for terrorist activities. This is not funny anymore,” she said.

Khar said the prime minister’s statements were turning the country into a laughing stock in the world. “It is worrying to see the country being ridiculed continuously,” she added.

The former foreign minister also slammed the premier for his remarks about Modi’s re-election. “Modi has mainstreamed massacres in India. He has the blood of innocent Kashmiris on his hands,” she noted. “But our prime minister believes he [Modi] will solve the Kashmir issue.”

Communications Minister Murad Saeed hit back at the opposition with counter-allegations, particularly against the PPP.

He reminded the PPP lawmakers that their party had appointed Husain Haqqani, who was accused of treason in the Memogate scandal, as the country’s ambassador to the US.

Saeed condemned PPP Chairman Bilawal Bhutto Zardari for demanding steps against proscribed organisations at a time when the country was on the brink of war with India.

He also accused the PPP chairman of pandering to Indian influence.

Human Rights Minister Shireen Mazari defended the prime minister’s statement, saying that it was necessary to take action against militant outfits in both Iran and Pakistan.

She noted that Pakistan and Iran agreeing to deploy a rapid reaction force on their shared border was a significant achievement made during the premier’s visit.

“Such an agreement has never been reached with Iran before,” she added.

Responding to the opposition’s criticism of the prime minister’s statement on Modi’s re-election, the minister pointed out Modi had visited Sharifs’ residence in Raiwind in the past.

“It was the PML-N that reached a deal with Modi,” she alleged.

Mazari also clarified Imran’s statement in which he had described Japan and Germany as neighbours. “It was a slip of the tongue and the prime minister actually meant France and Germany,” she said.

In other proceedings, PML-N lawmaker Rana Sanaullah tabled a bill for creation for the creation of two provinces in southern Punjab. It was referred to a standing committee.

The session was adjourned till Wednesday morning.