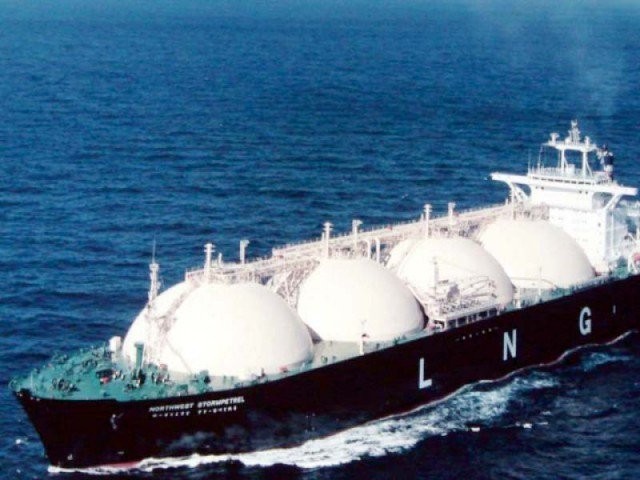 ISLAMABAD: Pakistan and the Islamic Development Bank (IDB) on Monday signed a loan agreement for a $551-million financing facility for liquefied natural gas (LNG) and oil imports, which will help reduce pressure on the foreign exchange reserves.

The government has contracted the loan at 12-month London Interbank Offered Rate (Libor) plus 2.22%, which at the current Libor rate translates into 4.96%, making it a relatively expensive deal. The loan has been obtained from the International Islamic Trade Finance Corporation (ITFC), the trade arm of the IDB which extends credit for the import of oil and LNG.

The agreement was signed by the Economic Affairs Division, ITFC and representatives of PSO, Parco and PLL, according to a statement issued by the Ministry of Finance after the signing ceremony.

The agreement provides trade financing amounting to $551 million for the import of oil and LNG for a period of one year, stated the finance ministry.

Under an April 2018 agreement, the ITFC has agreed to provide trade financing of $1.3 billion in 2019 for imports by PSO, Parco and PLL. The $1.3-billion facility is part of the framework agreement signed with ITFC in April 2018 for a total envelope of $4.5 billion over a period of three years (2018-20).

However, so far Pakistan has signed agreements for only $375 million worth of facilities. The umbrella agreement came into effect in August last year.

With the signing of the new facility, total disbursements under the three-year package will come to $926 million.

“The signing of this financing facility will be helpful in backing the oil and gas import bill of the country and easing pressure on the foreign exchange reserves,” said the finance adviser. He said the agreement also reflected confidence of international financial institutions in Pakistan’s economy and its future.

Pakistan expects the Saudi facility to help ease pressure on the balance of payments. The UAE has refused to provide oil on deferred payments after initially giving an indication that it will offer the facility.

The UAE and Saudi Arabian oil credit facilities were part of the $14.5-billion package agreed with three friendly countries, including China. So far, Saudi Arabia, the UAE and China have disbursed $7.5 billion to stabilise the foreign exchange reserves held by the State Bank of Pakistan (SBP).

The IDB provides short-term financing to encourage import-export among member countries. The ITFC will directly make these payments to Saudi Arabia for the import of oil.

Pakistan has been utilising these facilities mostly for petroleum requirements through the ITFC.

It is the second time that Pakistan has got an oil facility of $3 billion or more from the IDB, spanning three years. Earlier, under a framework agreement for strategic partnership, the ITFC had provided $3 billion during the 2014-18 period.

From July through March of current fiscal year, the IDB disbursed $511 million, including commercial financing for oil imports.