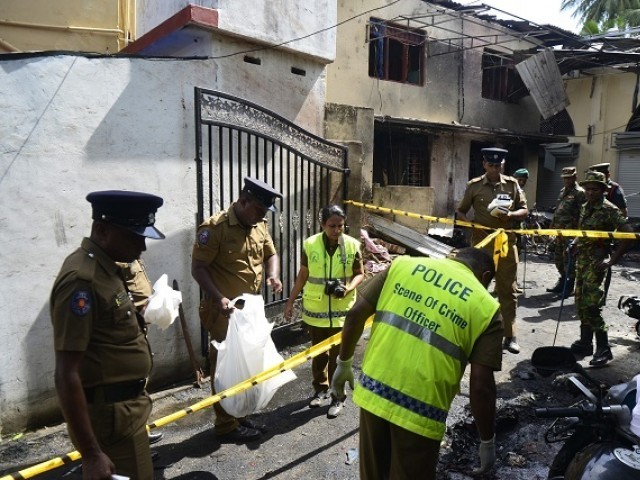 LYON: Interpol is deploying a team of investigators, including experts in disaster victim identification, to Sri Lanka to help local authorities in the aftermath of deadly suicide bomb blasts that killed nearly 300 people, the international police organisation said Monday.

Sri Lanka said Monday it believed a local extremist group named National Thowheeth Jama’ath (NTJ) was behind the attacks and said it would look at whether the group had international support.

Interpol said it was deploying an Incident Response Team (IRT) at the request of the Sri Lanka authorities, including specialists with expertise in crime scene examination, explosives, counter-terror and victim identification.

“If required, additional expertise in digital forensics, biometrics, as well as photo and video analysis will also be added to the team on the ground,” it added.

Interpol Secretary General Juergen Stock said the organisation will “continue to provide whatever support is necessary.”

“Information to help identify individuals linked to these attacks could come from anywhere in the world, which is where Interpol’s global network and databases can prove vital, especially for officers on the ground,” he said.

The death toll from Sunday’s attacks rose dramatically Monday to 290 — including dozens of foreigners — in the country’s worst attacks for over a decade.

More than 500 people were injured in the assault that saw suicide bombers hit three high-end hotels popular with foreign tourists, and three churches, unleashing carnage in Colombo and beyond.