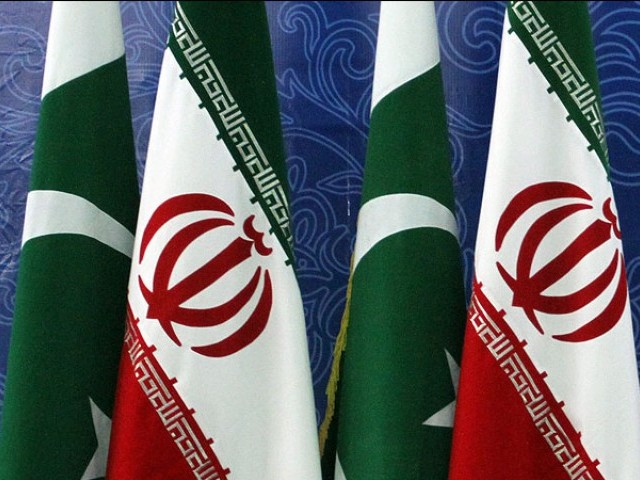 ISLAMABAD: Pakistan on Saturday lodged a strong protest with Iran on its inaction against the group responsible for the attack along the Makran Coastal Highway in Balochistan last week, which killed at least 14 innocent people.

Foreign Minister Shah Mehmood Qureshi said that Pakistan had evidence the “terrorist outfits” that carried out the attack in the Bozi Pass near Ormara, had “training and logistic camps inside Iranian areas bordering Pakistan”.

Last Tuesday, a passenger bus – travelling between Karachi and Gwadar – was stopped by around 25 unidentified attackers in Frontier Corps uniforms. The terrorists checked the identity cards of the passengers before offloading them. Later, the victims were shot dead execution-style.

Qureshi later told a press conference that Pakistan “is angry about the attack” and called for Iran to “take action against BRAS [Baloch Raji Aajoi Saangar] militants”.
He added that he spoke to his Iranian counterpart Mohammad Javad Zarif and conveyed to him the “anger of Pakistani nation”.

The foreign minister said that Pakistan has shared “actionable evidence” with Iran about the terror groups operating from the Iranian soil and expressed his confidence that Tehran would take visible action against the outfits operating from Iranian soil for terrorist acts in Balochistan.

“The training camps and logistical camps of this new alliance [BRAS]…are inside the Iranian border region,” Qureshi told reporters. “We have shared this actionable evidence with Iran after due authentication and identified location of the camps.”

Qureshi said Pakistan-Iran relations have improved significantly and there could be spoilers to hurt this relationship through evil plots. He said that Afghanistan would also take action against the BRAS, which has its presence there as well.

Responding to a question, the foreign minister categorically stated that no military operation will be carried out in Balochistan. “We will take steps to heal the wounds of the local people and address their sense of deprivation.”

Qureshi said the government has decided to fence the Iran border, just as it has started fencing its frontier with Afghanistan. “We intend to seal this whole border which spreads over 950 kilometres, gradually,” he said. “The work has already started from the points that are frequently misused.”

“Besides fencing of the border, we will also synchronise border patrolling and exercises to better manage the border,” the minister said. “Pakistan and Iran have also agreed to establish joint border centres to foil the nefarious designs of undesirable elements.”

“A special command based in Balochistan’s Turbat area had been set up, besides raising a new corps to increase border patrolling,” he said. “It has also been decided that aerial surveillance of the Pak-Iran border will be done through helicopters.”

Like Afghanistan, he said, the Iranian border would also be fenced. Though the fencing of 950 kilometres long border would be costly but it was need of the hour, he added.

He said Iran had demanded necessary action from Pakistan when its security officials were abducted and shifted to Pakistan. The action was taken, accordingly, and nine out of 12 abducted Iranian personnel were rescued by the Pakistani forces, he added.

Qureshi said that the timing of Ormara incident was important, which showed that the elements behind it did not want peace in the region. He added that Prime Minister Imran Khan is scheduled to visit Iran on Sunday (today), during which security issues would be discussed in detail.

Responding to another question, the foreign minister did not rule out the possibility of involvement of India in the recent terror attacks in Balochistan. He said under a planned conspiracy, insurgency is being fanned in the province. “Sanity demands that both Pakistan and India resolve their outstanding disputes through negotiations,” he said.

Iran’s state news agency IRNA confirmed on Saturday that Foreign Minister Jawad Zarif spoke with Pakistan’s Foreign Minister Shah Mehmooed Qureshi, in which the coastal highway attack in Balochistan was discussed.
The conversation between the two took place a day before the arrival of Prime Minister Imran Khan in Tehran. “Iran’s foreign minister condemned the recent terrorist attack on Pakistan’s military and security forces, and expressed sympathy for the Pakistani government and people,” IRNA reported.
Zarif also took to the microblogging website, Twitter, to condemn the terrorist attack along the Makran Coastal Highway. “Strongly condemning the recent terrorist attack in Pakistan, just as the premier [Imran Khan] embarks on his first, historic visit to Iran,” Zarif said in a tweet.

Zarif also wrote in his tweet that terrorists, extremists and their sponsors are terrified by close relations between Muslim states, adding, “Iran stands with the people and the government of Pakistan.”

Prime Minister Imran Khan will depart for a two-day official visit to Iran on Sunday to further strengthen bilateral ties in diverse fields. Imran is paying the visit to Tehran at the invitation of Iranian President Hassan Rowhani.

During the visit, Imran will call on Iranian Supreme Leader Ayatullah Khamenei, besides holding detailed consultations with President Rowhani. Imran will also meet members of the Iranian and Pakistani business community in Iran.

Pakistan’s relations with Iran are marked by close historic and cultural linkages and strong people-to-people exchanges. A high-level delegation will accompany the prime minister, including ministers for finance, human rights, maritime affairs and inter-provincial coordination and several senior officials.