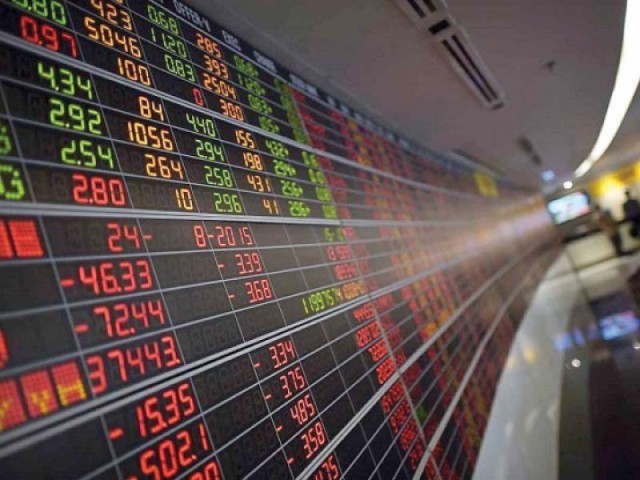 On the parameter of relative valuation, the MPCL’s per-share price came in at Rs1,585, according to PC officials. The stock had traded at a nearly 50% premium over the exploration and production sector in the past five years. PHOTO: FILE

ISLAMABAD: The Privatisation Commission (PC) board has worked out the fair market price of Mari Petroleum Company Limited at Rs1,511 per share, which is 26% higher than the current price, aimed at maximising gains from divestment of government shares.

At the fair market value, the government may earn Rs27.8 billion by offloading its remaining 18.39% stake in the company. The projected earnings are higher by Rs5.8 billion than the one the government can get at the current share price of Rs1,199 quoted at the Pakistan Stock Exchange (PSX).

The reference price was presented to the PC board which met on Thursday. But the board’s proceedings were overshadowed by the prime minister’s decision to abruptly change his finance minister.

The reference price, which has not yet been approved by the PC board, has been calculated on the basis of findings of three models. The price of Rs1,511 per share is the weighted average of fundamentals-driven market consensus, volume weighted average price and relative value versus market, according to an official of the Privatisation Commission.

In its previous meeting, the PC board nominated its private member Khurram Schehzad to study various price determinants while keeping in mind the best practices for the determination of fair price of Mari Petroleum’s shares.

The federal government wants to offload its shareholding to narrow down the budget deficit in fiscal year 2018-19.

In its second last meeting, the board decided to serve a fresh notice on joint-venture partners of Mari Petroleum for selling the government’s 18.39% stake. Unlike the previous notice, this time the notice will also include the per-share price.

Fauji Foundation has 40% stake in Mari Petroleum, Oil and Gas Development Company (OGDC) has 20% stake and the federal government has 18.39% shareholding. The remaining 20% shares are listed at the PSX and are held by institutional investors and the general public.

In October last year, the Cabinet Committee on Privatisation (CCOP) approved the divestment of government’s remaining stake in Mari Petroleum.

Now, Schehzad will give a formal presentation to the CCOP on the fair market price. If approved by the CCOP, it will become a reference price for the two joint-venture partners for either purchasing the shares or exercising their right of first refuse.

It is expected that newly appointed Adviser to Prime Minister on Finance Dr Abdul Hafeez Shaikh will also be made the CCOP chairman.

On April 17, Mari Petroleum’s stock traded at Rs1,199, which was considered a depressed price due to the overall gloomy economic scenario.

The Petroleum Division in January served a transfer notice on the joint-venture partners. The Fauji Foundation and OGDC had the right to respond within 21 days of getting the transfer notice ie by February 13, 2019.

However, the joint-venture partners did not adhere to the prescribed procedure and timelines. Both the partners asked the Petroleum Division to first share the reference price for the sale of shares.

The Privatisation Commission was of the view that due to the observations made by the joint-venture partners, the transfer notice stood cancelled and was required to be reinitiated.

In January 2017, the then government decided to give a 7.5% discount over the closing share price of Mari Petroleum as of January 27, 2017, which translated into Rs1,297 per share.

The PC board working showed that the independent equity research houses’ consensus average fair value was Rs1,530 per share – a 28% premium over the current market price. The individual fair price ranged between Rs1,369 and  Rs1,807 per share, according to PC officials.

The volume weighted average price for three months, six months and one year was calculated at Rs1,317 per share. The one-year price of Rs1,348 per share was a relatively realistic market price for the company, which has also announced a new hydrocarbon discovery.

On the parameter of relative valuation, the MPCL’s per-share price came in at Rs1,585, according to PC officials. The stock had traded at a nearly 50% premium over the exploration and production sector in the past five years. It also traded at a premium of 40% to the equity market in the last five years.

The average of these three parameters amounted to Rs1,488 per share while its weighted average was Rs1,511 per share, they added.

If both the joint-venture partners do not exercise their right to acquire the offered shares in Mari Petroleum, the government will divest the shares via a secondary public offering at a price not less than the prices specified in the transfer notice.