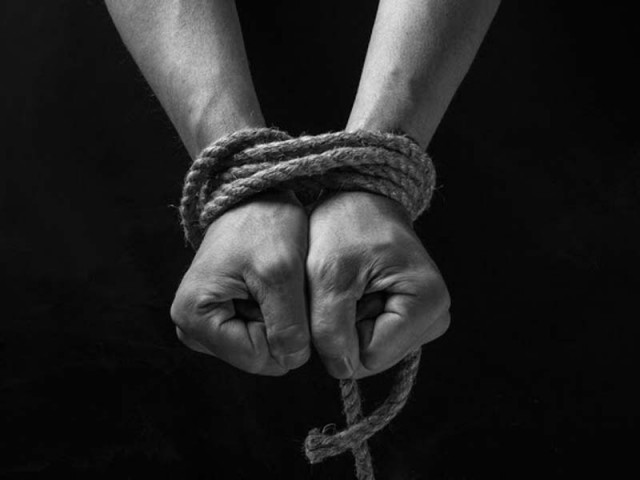 KARACHI: A hotel owner allegedly kidnapped and tortured a street masseur, whose daughter has appealed to higher authorities for justice. The family of the masseur has submitted a complaint at Taimuria Police Station but the police have yet to take action.

The owner of Café Pyala, a famous restaurant in Gulberg, in the limits of Taimuria police station, allegedly kidnapped the masseur, Ghulam Ali, who had his shop set up outside the restaurant. According to the victim’s daughter, Ghulam Ali was brutally tortured till he lost consciousness and then left outside the family’s house in Buffer Zone with wounds on the head and other parts of the body.

Ghulam Ali’s family said that the reason behind these acts of Café Pyala’s owner were unknown to them. They said that the masseur had no disputes or rivalries with anyone. They added that they have submitted the request for legal action against the owner at Taimuria Police Station but no action has been taken as yet.

Ghulam Ali and his family have appealed to the higher authorities for justice and have asked for legal action against the owner.