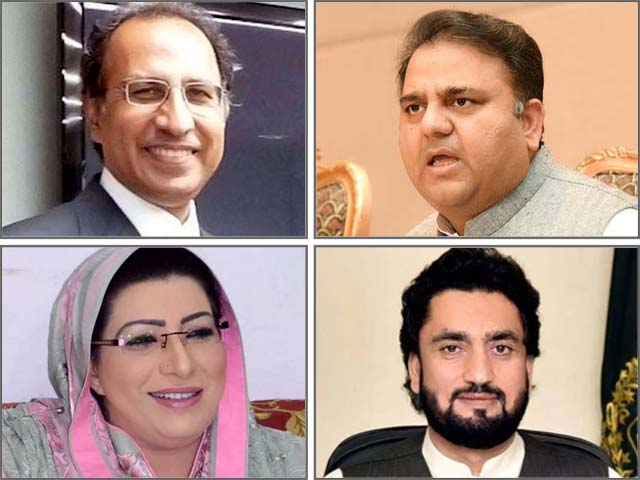 ISLAMABAD: Hours after Asad Umar was asked to quit as finance minister, Prime Minister Imran Khan made a major reshuffle in his cabinet bringing in five new aides while changing the portfolios of four ministers.

According to a statement issued by the Prime Minister’s Office, Minister for Information and Broadcasting Fawad Chaudhry has been replaced with Firdous Ashiq Awan.

Fawad has been assigned the portfolio of  science and technology. Similarly, Minister for Petroleum Ghulam Sarwar has been given the charge of the ministry of aviation.

While Mohammadmian Soomro, the federal minister for privatisation, shall cease to hold the additional portfolio of  aviation division. Azam Swati and Dr Hafeez Sheikh were named as minister for parliamentary affairs and adviser on finance, respectively.

Zafarullah Mirza has also been appointed as special assistant to the prime minister on national health services.

Changes in the federal cabinet have been notified. 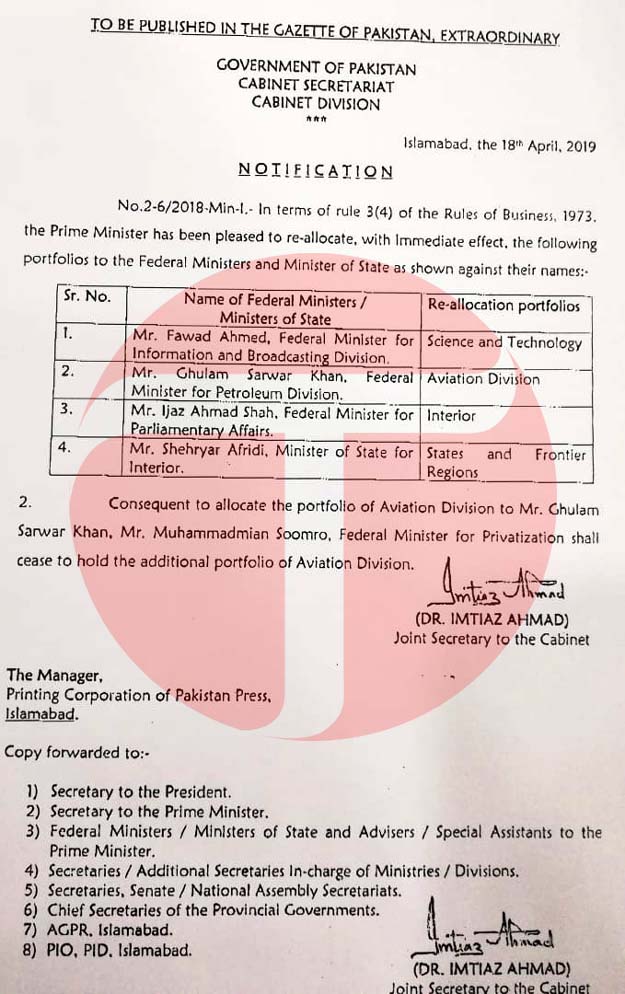 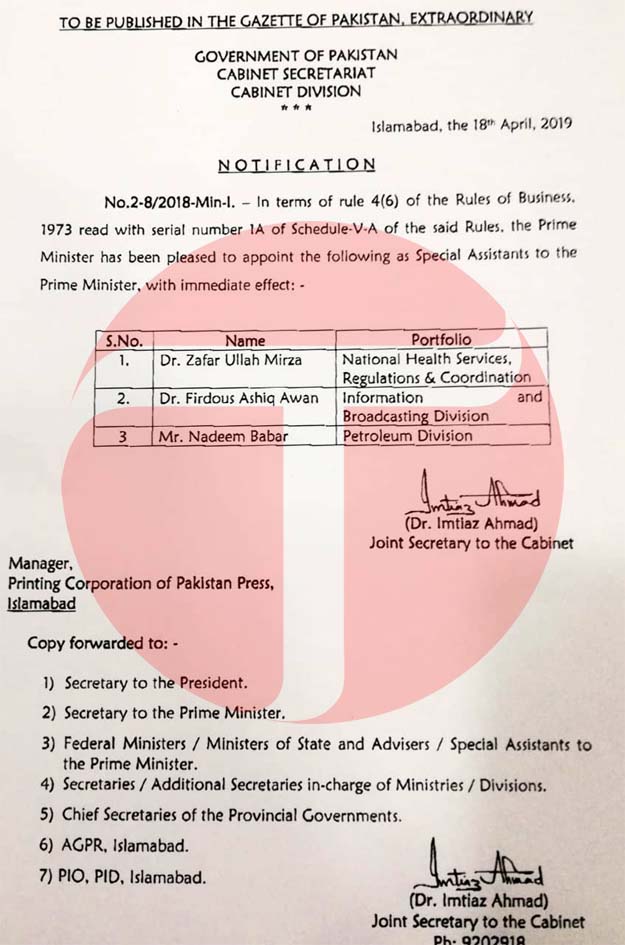