Petiti­oner played an audio record­ing of his meetin­g with NAB IO before the court
By Our Correspondent
Published: April 18, 2019
Tweet Email 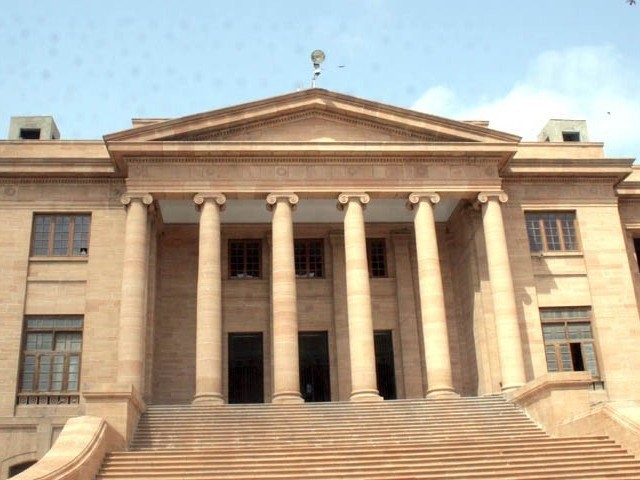 KARACHI: The Sindh High Court (SHC) summoned on Wednesday the director-general of the National Accountability Bureau (NAB) and issued him a notice with regards to a plea filed accusing an investigation officer of bribery.

Petitioner Imran’s counsel said that IO Sajid Nadeem had summoned his client at the builder’s house at 2am where the estate agent was also present. The builder in question, Farooq, is a friend of the NAB IO, said the counsel. The petitioner was asked to pay a bribe of Rs1 million.

The petitioner played an audio recording of his meeting with the IO in court.

The CJ remarked, “You [NAB] should have some respect for the national organisation to which you belong. Do not disrespect the organisation if you cannot bring a good name to it.”

The court lashed out atthe  NAB officials and issued a notice to NAB DG, summoning him to court.

The SHC issued notices on Wednesday to the Sindh government and the Sindh Assembly, among others, regarding the non-provision of allowances, including the Travelling Allowance and Daily Allowance (TADA), to members of the Opposition in Sindh Assembly.

The petitioners’ counsels argued that the government had doubled TADA allowances of all Assembly members in 2017. The current MPAs were being paid the additional money but additional allowances were not being given to former members.

The court sought a written response from all parties involved by May 8.

The SHC accepted the requests of lawyers for extension over the bail pleas filed by the accused in the case pertaining to corruption of Rs2.37 billion by selling fuel meant for defence agencies in the open market.

The counsels for the accused maintained that the hearing of this case will be held in the accountability court on April 23. The statement of the third witness has been recorded before the trial court while six other witnesses are yet to record their statements. They argued that extension should be granted to prepare the arguments.

The court accepted the request of the petitioners’ lawyers and adjourned the hearing till May 2.

According to NAB officials, Shell signed a contract with an unregistered company owned by the accused for supply of fuel. The fuel was to be supplied to the Pakistan Army, Pakistan Navy and Pakistan Air Force. The accused sold only 3% of the fuel to aviation and the remaining 97% was sold in the open market. The accused purchased 1.3m litres of jet fuel from Shell and sold it in the open market instead of selling it to the defence agencies. The accused have allegedly caused a loss of Rs2.37b to the national treasury.

SHC sought reply from NAB chairperson on the next hearing of the inquiry against investigation officer Imtiaz Ruk. The petition against the IO was filed by citizen, Mehrab Khoso.

According to the NAB prosecutor, the investigation against the IO was being carried out on the basis of a complaint against him. “However no evidence of corruption has been found against IO Imtiaz Rukh,” said the prosecutor.

Abdul Majeed, the counsel for the petitioner, said that the reply which was submitted by the prosecutor was prepared by the IO. He pleaded the court to summon the NAB chairperson in this regard.

The court adjourned the hearing till May 8.

*With additional input from PPI

Police are independent but it doesn’t give them licence to kill: CM