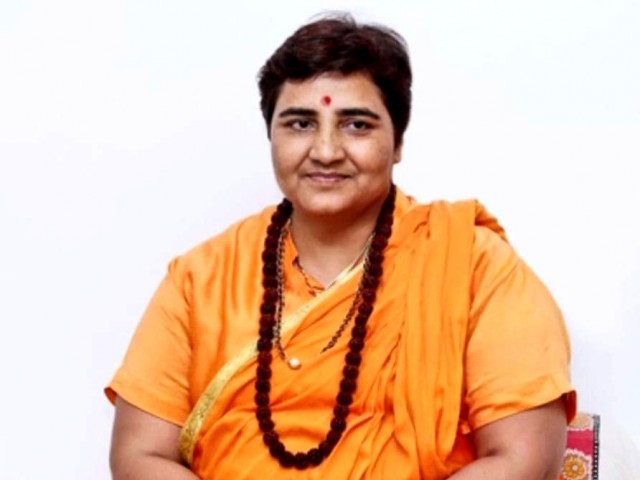 NEW DELHI: The ruling party of India’s Prime Minister Narendra Modi announced Wednesday it will field a candidate accused of involvement in a deadly 2008 bomb blast in the country’s ongoing national election.

Pragya Singh Thakur, a 48-year-old female monk, is out on bail while she faces charges related to the attack that killed six people.

She announced Wednesday that she will run for a seat in the city of Bhopal on the ticket of Bharatiya Janata Party (BJP).

Thakur, a firebrand speaker, made national headlines after the blast close to a mosque in western Maharashtra state’s Malegaon city that also injured around 100 people.

She was arrested shortly after the attack and was described by authorities as a leading plotter.

Indian law allows candidates facing court cases to run up until the time of any conviction.

“All conspiracies against me have failed. I am an ascetic monk and will ensure justice and respect for my country,” Thakur said, clad in traditional Hindu saffron clothes, at a press conference in Bhopal.

“I am confident, fully confident. I am ready for politics and (this) religious war,” she added, flanked by regional party leaders.

Thakur was released on bail in 2017 and has had one charge against her dropped but still faces other charges in the ongoing trial.

Her candidacy in Bhopal, a BJP stronghold constituency in a key heartland state, is expected to polarise local voters.

Her main rival is the outspoken Digvijaya Singh from the opposition Congress party.

India’s election is taking place in seven phases, with voting in Bhopal not scheduled until May 12.

Results in the vote, the world’s largest, are expected on May 23.

The election is seen as a referendum on Modi, who is seeking a second term from the country’s 900 million voters.

The opposition Congress party has tried to undermine support for Modi by pointing to his lacklustre economic performance in the last five years.

The BJP, meanwhile, has focus on Modi’s key social schemes and a hardline nationalist stance.