With the Afghan Taliba­n deridi­ng Kabul's plan to send 250 delega­tes for the upcomi­ng peace talks in Qatar
By AFP
Published: April 17, 2019
Tweet Email 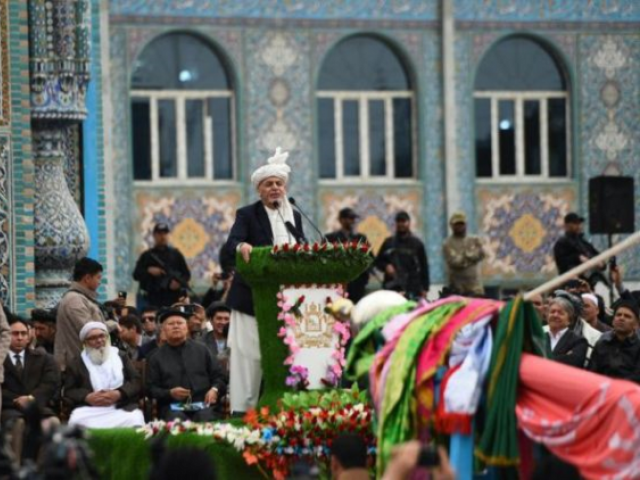 Afghan President Ashraf Ghani has come under fire for a long list of delegates for the so-called intra-Afghan dialogue in Doha. PHOTO: AFP/FILE

KABUL: An upcoming conference between Afghan representatives and the Taliban appeared on Wednesday to be floundering even before it begins, with the militants deriding Kabul’s plan to send 250 delegates.

President Ashraf Ghani’s administration announced on Tuesday a list of people from all walks of Afghan life, including some from the government that it wants to send to the ‘so-called’ intra-Afghan dialogue in Doha this weekend.

But the Taliban poured scorn on the lengthy list, saying it was not “normal” and that they had “no plans” to meet with so many people.

“The creators of [the] Kabul list must realise that this is an orderly and prearranged conference in a far-away Khaleeji [Gulf] country and not an invitation to some wedding or other party at a hotel in Kabul,” Taliban spokesperson Zabihullah Mujahid said in a statement.

Hundreds of Afghan delegates to meet Taliban in Doha

The Taliban – who see Ghani as a US stooge and his government as a puppet regime – also continue to insist they will not be negotiating with Kabul at the conference, and any administration officials are involved merely in a “personal capacity”.

Further doubts came when some of those Ghani said would attend the conference announced they would not be going.

For instance, Atta Mohammad Noor, a key opposition figure and former governor of Balkh province, had been included on the list, which was meant as an inclusive representation of Afghan society.

But Noor said he would not go, slamming the delegation as politically biased towards Ghani.

“We won’t be attending the talks with this running order,” Noor tweeted Wednesday, adding he viewed the list as Ghani’s “intentional act to sabotage the peace efforts”.

Taliban team at Afghan peace talks in Qatar to include women

According to a senior Taliban commander, the mammoth delegation showed that the “Americans and their puppet Afghan government are not serious about the peaceful settlement of the issue”.

The US has been holding separate bilateral peace negotiations with the Taliban in Doha as part of a months-long peace push led by Washington.

The intra-Afghan dialogue comes as part of the push, but the US is not believed to be attending.

The militant organisation now controls or influences about half the country, and last year was the deadliest yet for civilians.