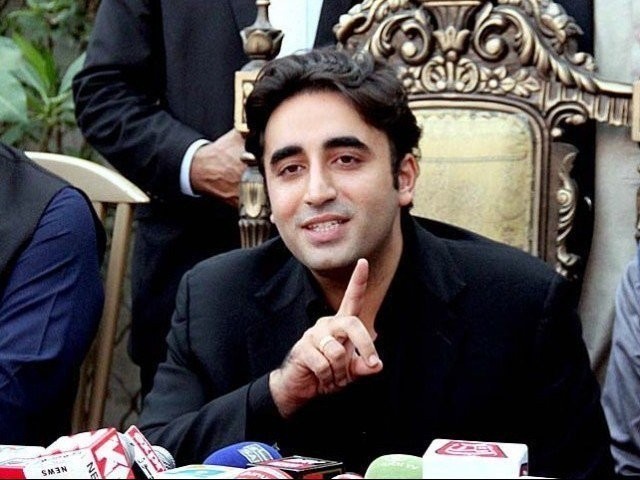 Bilawal, who visited families of those killed in Friday’s Hazar Ganji market blast, said that he wants the “powers that be in the country to mainstream victims of terrorism, not banned organizations”.

Speaking to the media in Quetta, Bilawal repeated calls for developing consensus on the countrywide implementation of the National Action Plan (NAP).

“It is unfortunate that even after so much blood has been shed, the State cannot decide if it is with the martyrs or the terrorists,” he said referring to a recent video of the Minister of State for Interior Shehryar Afridi

“The government has to decide. For how long will they continue with their double standards?” he asked.

The PPP chairman said that there was a concentrated need to fight the extremist mindset. “When we ask for justice, we are branded enemies of the state. When I speak against banned organizations, I’m branded an enemy of the state,” he said.

Bilawal further said that he was the son of a martyr and that he will not sit quietly until he has rid the country of terrorism. “My entire political career will be for eradicating terrorism so that we can live peacefully in this country.”

He also expressed his ire at the incumbent government of the Pakistan Tehreek-e-Insaf (PTI) for its failure to create consensus on NAP.
Regarding speculation around the roll-back of the 18th Amendment, he said that he had predicted during the election campaigns that certain forces wanted to install a puppet government in order to establish the one-unit system.
He also critcised the National Accountability Bureau for what he said was selective accountability against members of opposition parties. “Today, opposition members are being victimised through NAB, which was established by a dictator to pressurise his opponents. For how long will we have to deal with these witness conspiracies against democracy?”

Five perish due to torrential rain in Balochistan