'PIA to turn around in next three years'

'PIA to turn around in next three years' 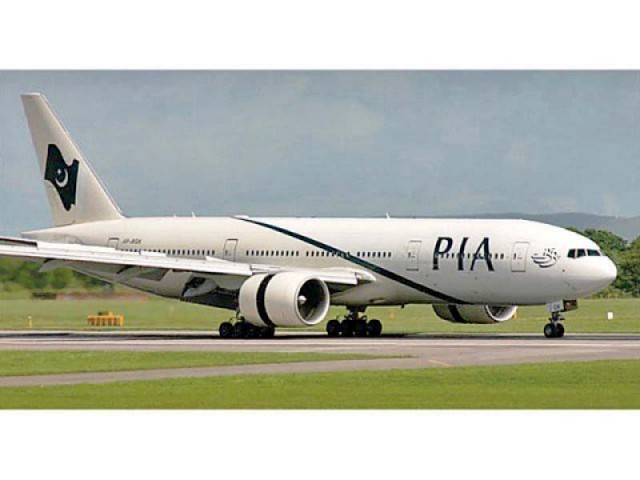 The aviation minister admitted that air fares had soared following the exit of Shaheen Air from the market. PHOTO: FILE

KARACHI: Pakistan International Airlines (PIA) is going to achieve a turnaround in the next three years, declared Federal Minister for Aviation and Privatisation Muhammad Mian Soomro.

“PIA is restricting its losses and in the next three years, it will be profitable,” he said during a press briefing at the Pakistan Civil Aviation Authority (CAA) headquarters on Thursday.

PIA reported a loss of Rs27 billion in the quarter ended September 30, 2018, against Rs30 billion in the same period of 2017, according to the latest data revealed by the airline. The national flag carrier has not announced any data after that.

However, in a comprehensive report to the court hearing a suo motu case, the air carrier reported liabilities of Rs406 billion against assets of Rs111 billion. “The new administration of PIA is making efforts to increase the efficiency of the airline,” the minister said.

It has taken many steps including shutting down the loss-making Beijing-Japan route and starting new routes like Sialkot-Sharjah, Islamabad-Doha, and Lahore-Muscat, which earn a profit.

The company has also initiated many austerity measures like taking back vehicles given to employees. Furthermore, the CAA was also reviewing agreements with airlines from the Gulf region, he said.

“Agreements are time-bound and the new aviation policy will set the direction based on which new contracts will be signed and old ones will be renewed,” he stated.

The minister admitted that airfares had soared following the exit of Shaheen Air from the market.

He informed the media that the new policy was aimed at attracting new players in the aviation sector in order to promote healthy competition, which would bring fares back to previous levels.

In the new policy, many incentives would be offered to the private sector like low aviation license fee, other charges, and taxes so they could fly with ease, Soomro said.

Moreover, he continued, foreign airlines had expressed confidence in the new aviation policy. Air France, Lufthansa, and Kuwait Air have contacted the CAA for resuming operations in Pakistan. Answering a query regarding the CAA’s intention to privatise Islamabad and Lahore airports, the minister said the administration of Heathrow Airport had expressed keen interest in the two airports, but the matter had not been finalised yet.

The CAA had worked on the Road to Makkah project, under which pilgrims would get their immigration process completed in Pakistan and when they would land in Saudi Arabia, they would be treated as domestic passengers, said the minister.

Earlier, they had to wait up to 15 hours, but now, the passengers would not have to go through this tedious process.

The minister said his department was working on socio-economic destinations of Pakistan like Saidu Shareef, Muzaffarabad, Chitral and Rawalakot airports.

“The CAA is reinstating airport services, airport navigation services, and air traffic control systems at these airports,” he elaborated. “These will be functional in three months’ time.”

He said the CAA would further incentivise those airlines which would operate flights to these destinations.